Pakistan warns against use of FATF as political tool 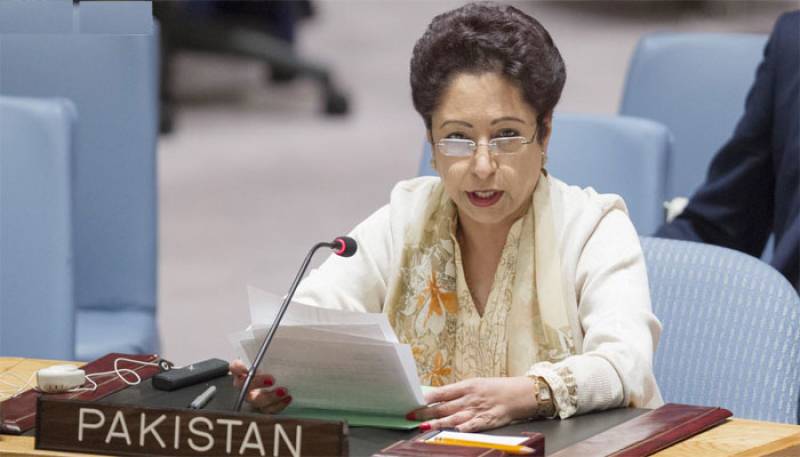 UNITED NATIONS - Pakistan has warned against the politicization of the UN’s counter-terrorism machinery, saying such a course would only compromise the integrity of the system.

"It is important that current structures like FATF (Financial Action Task Force) and the 1,267 Sanctions regimes are not used as political tools by some to advance their geopolitical goals," Ambassador Maleeha Lodhi told the UN Security Council on Thursday.

“ There is also a need to make these institutions more inclusive of the wider membership in their decision-making processes,” she added.

The Pakistani envoy was speaking in a debate on "Preventing and Combating the Financing of Terrorism," a day after the United States bypassed the Security Council's 1267 Sanctions Committee and circulated to the Council's 15 members a draft resolution seeking to put the Jaish-e-Mohammed chief, Masood Azhar, on the U.N. sanctions blacklist.

In her remarks, Ambassador Lodhi underscored the need for a holistic approach to combat and defeat terrorism and the need for international collaboration to achieve the shared objective.

She pointed out several gaps that existed in the international community ‘s counter-terrorism strategy. She identified one such gap as the lack of attention given to issues of foreign intervention, foreign occupation, the continued denial of the right to self-determination to peoples living under foreign occupation and violations of international law and the UN Charter.

The Pakistani envoy asserted that despite being obvious causative factors, these are ignored or cast aside.

She said that the international community agrees that continued and persistent violations of human rights contribute to violent extremism.

"Yet killings continue in occupied Jammu and Kashmir and Palestine," the Pakistani envoy said, adding, "Brutalization and oppression of people struggling for their legitimate right to self-determination constitute state terrorism. This too should be the focus of international attention."

The Pakistani envoy also warned against Islamophobia fanned by extremist groups in some western countries. "Action must be taken against this deliberate hate mongering which often leads to violence."

At the outset, she said Pakistan has been the victim of terrorism sponsored by external stakeholders but this only reinforced its will to fight against the menace.

Pakistan has adopted a multifaceted national counter-terrorism strategy, a 20-point plan, including prevention and countering of terrorist financing, she said. As a result of various measures, terrorist incidents are at a record low in the country, she stressed.

Pakistan is largely a cash-based economy, which has made it difficult to implement FAFT recommendations in the past. Ambassador Lodhi said.

However, attention has been paid to non-profit organizations to ensure that no funds in their hands are at risk of being diverted to terrorists. This, she said, led to a seven-fold increase in the number of arrests, cases registered and persons convicted on charges of terrorism financing over the last year alone.