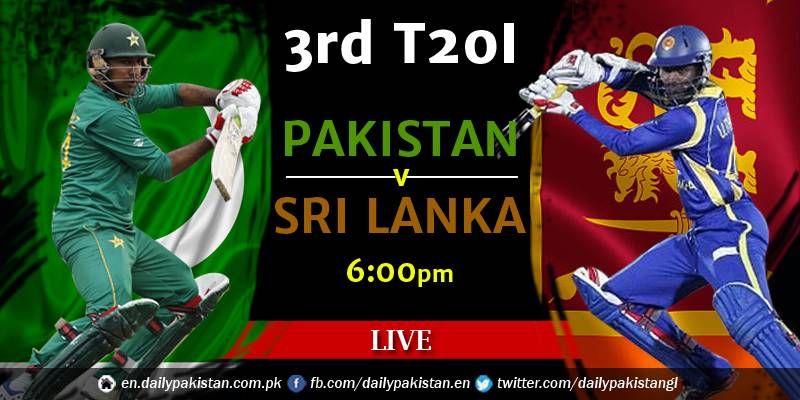 LAHORE - Pakistan beat Sri Lanka by 36 runs in the third and final T20I at Gaddafi Stadium on Sunday, winning the series 3-0.

The match marked the return of the Sri Lankan team to Pakistan eight years after their team bus was attacked in the same city, forcing the suspension of international cricket in the country.

Malik and Mohammad Aamir played a pivotal role in the home side's win over Sri Lanka.

Malik hit 51 off 24 balls. He smashed five fours and two sixes in his inning. Aamir, who was playing his very first match in Pakistan, took 4 wickets off 13 runs.

Umar Amin, who was the replacement of out-of-form Ahmed Shahzad, also played his due part today as he scored an impressive inning of 45 off 37 balls, in his inning three boundaries were scored along with a six on a strike rate of 121.62 runs.

A clean sweep to Pakistan! A 36 run victory in Lahore seals a 3-0 series win over Sri Lanka! #PAKvSL pic.twitter.com/8iKDMzvGH7

Earlier on Sunday, Sri Lanka won toss and elected to field first in the final match of the three-T20I series at Gaddafi Stadium, Lahore on Sunday.

Amir is playing his first international match at his home ground.

Where to watch the match live?

The 3rd T20I between Pakistan and Sri Lanka is being broadcast live on PTV Sports, Ten Sports, and Sony Six HD.