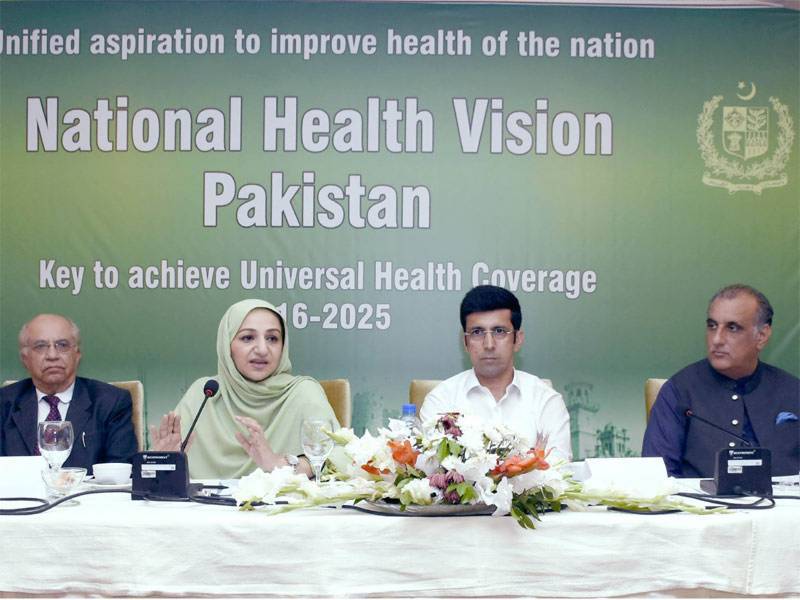 ISLAMABAD (Web Desk) - The government launched National Healthy Vision 2016-2025 on Tuesday to assure supply of better health facilities to every citizen of the state.

The document was launched by Minister of State for National Health Services Saira Afzal Tarar while addressing a news conference in Islamabad on Tuesday. The health ministers of Punjab, Sindh, Balochistan, and Khyber Pakhtunkhwa were also present on the occasion.

Saira Afazl Tarar said the document prepared after extensive consultations with all the stakeholders from all the regions of the country provides priorities to be implemented in days to come for improving health of the nation.

The Minister of State said the document will be forwarded to Council of Common Interest to give it constitutional status, which will be mailed to the states for implementation.

She said the international residential area will be better updated on the government's measures in the health sector through the vision papers.

The provincial health ministers expressed confidence that the vision will serve as guidelines for amending the supply of health facilities to people.

To a question, the Minister of State said the prices of medicines have not been increased by even a single rupee after approval of the pricing policy.

To another query, she said the spread of Congo virus is fully under control with a 85 percent rate of survivors.