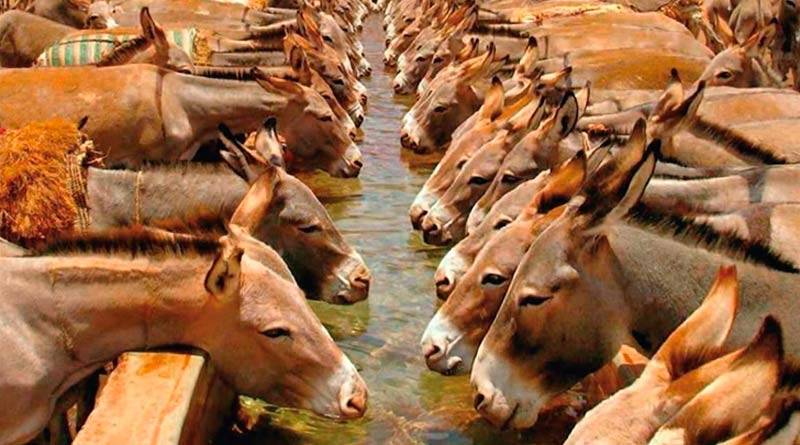 KARAZHI - A Customs court indicted a Chinese national and six others in a case pertaining to illegal trade of donkey hides here on Tuesday.

The judge of a special court of Customs, excise and taxation read out the charges against the accused Tu Zhong Xiao, Ihtisham Ahmed, his wife Afshan, Daniyal, Jumman, Faisal and Zeeshan Patras who were arrested in April this year.

The prosecution said that the hides were brought from Lahore for transportation to China, where the animal skins were being used in traditional Chinese medicines, adding that a total of 4,736 hides packed in 592 bags, with each bag containing eight hides of the animal, were seized from their possession after a raid at Gulistan-i-Jauhar.

However, the accused pleaded not guilty and opted to contest the case after which the court summoned the witnesses with direction to record their evidence on Oct 4.

It bears mentioning that the price of each hide in the international market stood at Rs25,000, thus the estimated worth of the seized hides stood at over Rs118m according to estimates by the prosecution.