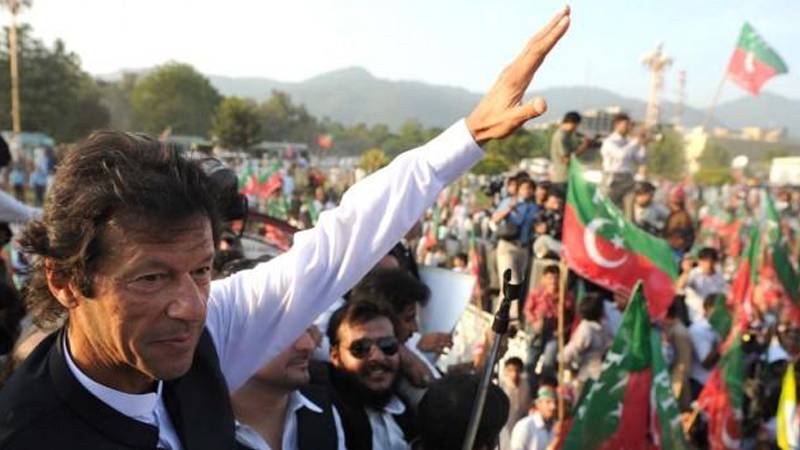 ISLAMABAD - Pakistan Tehreek-i-Insaf (PTI) is all set to the hold a public gathering (Thanksgiving day) at the Parade Ground in Shakarparian area of the federal capital today (Sunday).

A stage has been set up for the party leaders and chairs have been placed for the participants. Lighting and sound system has been installed to thrill the PTI workers.

The parade ground has been decorated with party flags and banners of the party leaders. PTI chief Imran Khan, Pervaiz Khattak and other party leaders visited the area and reviewed the arrangements.

At least, 3,000 security personnel will be deployed as per the security plan issued specially for the day. Moreover, there are three ways set up for participants to enter Parade Ground.

Walkthrough gates have been installed at the entry points so that no one enters the venue without being checked for security.

A separate entry point has been made for women, where female security personnel will be present for frisking.

Tomorrow when record crowds come to our jalsa to thank Allah NS will realise nation is politically aware & are not fooled by his lies https://t.co/tNpaqhdTGX

The PTI chief, in a tweet on Saturday, claimed 'record' crowds will come to today's gathering to celebrate Nawaz Sharif's ouster.