At least 17 martyred after Pak Army aircraft crashes in Rawalpindi 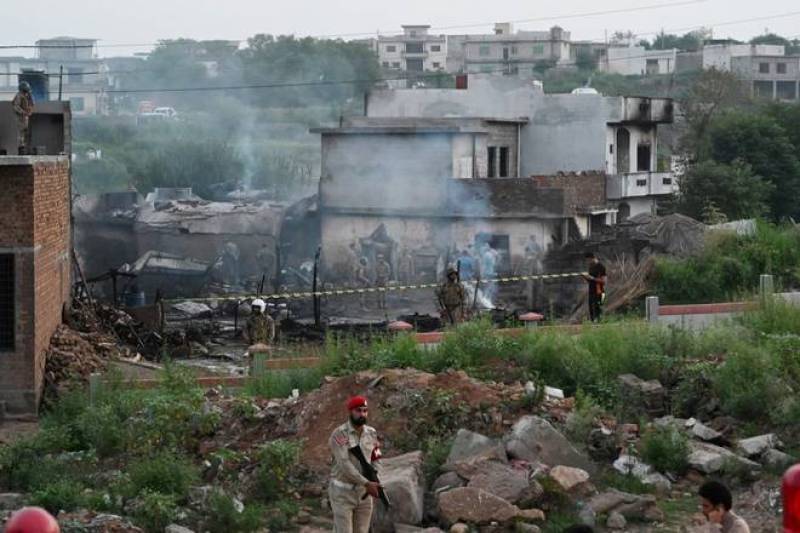 According to the ISPR , the aircraft crashed in the built-up area resulting in 12 fatal civilian casualties.

Rescue teams of Pakistan Army and 1122 reached the site immediately and started the rescue operation. The fire that broke out after the crash has been extinguished and the injured have been shifted to hospitals in Rawalpindi .

Meanwhile, Deputy Commissioner Rawalpindi visited DHQ Rawalpindi and inquired about the health of those injured in Pakistan Army's plane crash.

He directed the concerned medical staff to provide best medical treatment to the injured.

Emergency has already been declared in all hospitals.

Meanwhile, Prime Minister Imran Khan has expressed grief and sorrow over the loss of precious lives in the aircraft crash in Rawalpindi .

He commiserated with the bereaved families and prayed for the recovery of those injured in the incident.