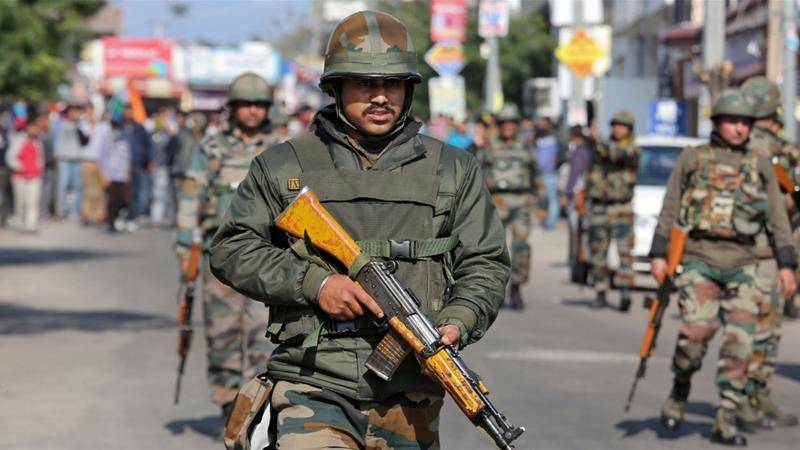 SRINAGAR - Indian troops, in their fresh act of state terrorism, martyred a Kashmiri youth in Islamabad district of occupied Kashmir.

According to Kashmir Media Service (KMS), the troops martyred the youth in a fake encounter during a cordon and search operation in Bijbehara area of the district.

On the other hand, Indian troops resorted to indiscriminate firing after an army bunker was attacked by unidentified gunmen in Drubgam area of Pulwama district. The troops cordoned off the area and launched search operation in the area.

Meanwhile, people in the held-Kashmir Valley and Muslim majority areas of Jammu region continue to face hardships on 87th consecutive day, today (Wednesday), due to military clampdown and ban on communications networks.

Though the ban on voice calls on postpaid phones and landline connections have been lifted, yet internet across all platforms and prepaid cellular phones continue to remain suspended.

Restrictions have been further tightened amid an unofficial 2-day visit of a team of EU lawmakers to the territory. The team arrived in Srinagar yesterday under tight security. Hermann Tertsch, a member of the visiting team, who is a parliamentarian from Spain, has said that they are conscious of the fact that they are being kept away from some people.

People in the territory said the delegation’s visit was a managed show and no genuine person was allowed to meet the EU MPs. Opposition leaders in India have also slammed New Delhi, saying by confining the delegation to security premises the government was trying to conceal the real situation in the territory.