Marital rape: Is it criminalized in Pakistan? 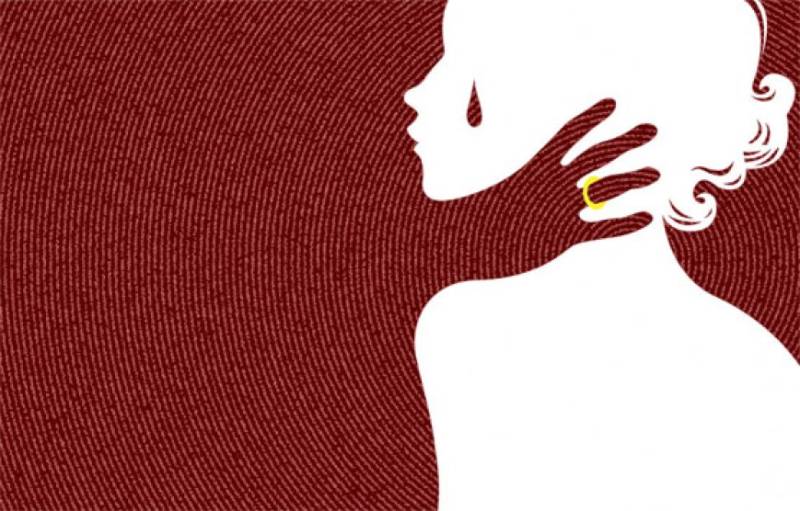 Marital rape - a term that has recently caught everyone's attention in India, has made many realize giant loopholes in the judicial systems of many countries around the world.

The debate over criminalization of marital rape has been one of the most controversial ones as well as the most complex ones. The main hindrance in its criminalization does not come directly from the legislature or lawmaking but from its non-recognition in the social and cultural framework.

In Pakistan's case, while the society's regressive cultural structure of norms and values seem reluctant to denounce it or even recognize it, the law - as argued by many - provides ample flexibility to be used in a way that encourages victims of marital rape to seek legal proceedings against the culprit.

The Pakistan Penal Code, in section 375, provides the comprehensive definition of rape:

(ii)  without her consent

(iii) with her consent, when the consent has been obtained by putting her in fear of death or of hurt,

(iv) with her consent, when the man knows that he is not married to her and that the consent is given because she believes that the man is another person to whom she is or believes herself to be married; or

(v)  With or without her consent when she is under sixteen years of age.

This provision - though some argue that it carries enough ambiguity to interpret it either way - criminalizes marital rape in Pakistan. The law very clearly says that the woman against whom the rape is being committed can be any woman.

Rape laws in Pakistan carried an exemption for marriage where a husband could not be prosecuted for raping his wife only up till 2006. With the passage of Women's Protection Act in December 2006, marital rape could legally be tried as a crime and was brought within the ambit of the law.

To clarify this confusion further, Zaman and Lari [2012] argue that the law previously stated: "A man is said to commit rape who has sexual intercourse with a woman, who is not his wife" The removal of the words "who is not his wife" in 2006 clearly shows that there was a concerted move to include marital rape within the law.

However, due to the weak interpretation of laws by both police officers and the judiciary at large, and cases not being reported, this provision is not part of public knowledge. Secondly, the absence of marital rape from cultural de facto laws stands as a mighty wall between its interpretation.

It might also be rightly argued that Pakistan's surprising progressive laws like the abolition of triple talaq or instant divorce and criminalization of marital rape were introduced under the relatively 'progressive' governments and cultural climate. The abolition of triple talaq took place under the government of Ayub Khan and the Women's Protection Act that criminalized marital rape was introduced under the dictator Pervez Musharaf who is often credited with women empowerment in the country.

Unlike India, where the secular state has remained reluctant to bring reforms to religious regression in Muslim community, Pakistan's assertion of its Islamic identity gave it a good reason to intervene in Islamic laws and practice Ijtihad openly. However, this has had severe repercussions when the state used the same reason to introduce regressive laws and experiment with shariah under the light of state's obscurantist narrative.

Due to the obscurantist policies and social engineering of certain governments, laws either remained unknown publicly or are often deliberately interpreted according to the pre-amendment/introduction of the provisions or acts and face resistance.

Confusion and dispute over criminalization of marital rape and other legal issues are reflective of lack of synchronisation and consensus between state and society. It is symptomatic of the deep injuries caused by the inorganic evolution and social engineering of Pakistan as a polity.

Perhaps it's because of this reason that Pakistan has seen a paradoxical cycle in the course of its evolution in which, at times state seemed to feed society, on other occasions, society seemed to be attempting at forcing the state to comply. Who manipulates who first, is perhaps a paradox.