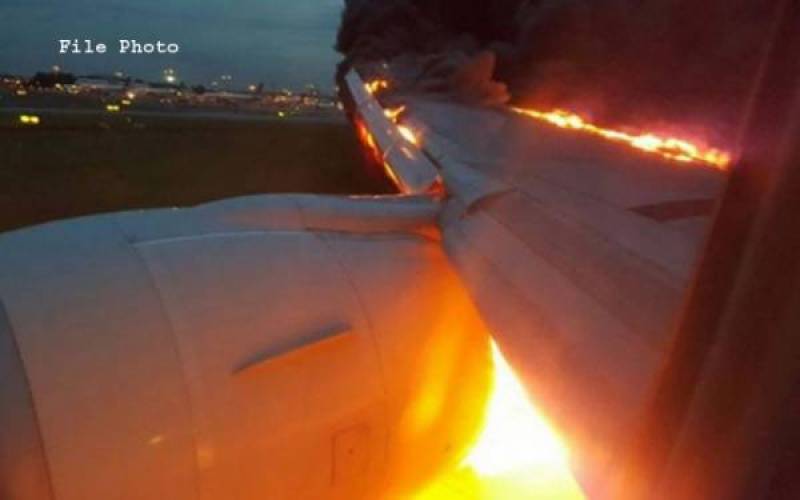 ISLAMABAD - The engine of a private airline passenger jet caught fire seconds from takeoff at Benazir Bhutto International Airport, prompting the pilot to make an emergency landing and evacuate passengers.

No injuries were reported in the incident, which occurred on Tuesday after a bird hit the engine of the jet, going to Riyadh from Islamabad, soon after the takeoff.

As the engine caught fire, the pilot made a technical landing at the Islamabad airport and the passengers were evacuated safely.

Later, the passengers while protesting at the airport refused to travel on the same plane and demanded an alternative.