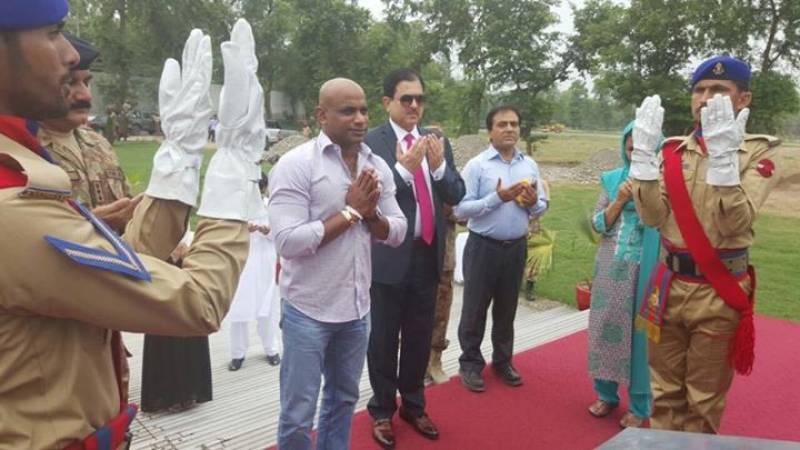 PESHAWAR (Web Desk) -Master blaster and former Sri Lankan captain Sanath Jayasuriya on Friday visited the Army Public School (APS) in Peshawar to pay his respects to the victims of a terrorist attack on December 16, 2014.

The Peshawar carnage is dubbed as the most gruesome attack in the country’s history. More than 140 schoolchildren and 10 other people were killed when heavily armed militants stormed APS.

Jayasuriya, who has been appearing as an analyst on PTV Sports for Pakistan's tour of Sri Lanka, said he was deeply humbled after visiting the school, Dawn News cited.

“Visit to Army Public school in Peshawar! To pay my respects to the more than 100 children who were innocent victims of the deadliest terrorist attack in Pakistan. May their beautiful souls rest in peace! Emotional day for me,” Jayasuriya wrote on his Facebook page.