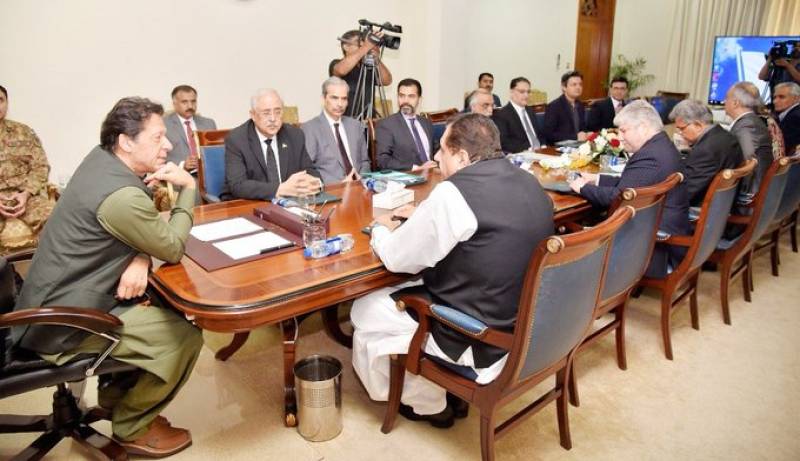 ISLAMABAD - Prime Minister Imran Khan said on Wednesday that Naya Pakistan Housing Project was the best project of the present government which would not only provide shelter to homeless people and help reduce shortage of housing units but would also boost all the related industries with this sector.

Chairing a review-meeting on progress of Naya Pakistan Housing Project, the prime minister said the housing project would provide job opportunities and set the wheel of economy booming.

He said the government was trying to provide housing facility to low-income people and salaried class on easy conditions.

The prime minister was given a detailed briefing on progress achieved so for on Naya Pakistan Housing Project.

Prime Minister Imran Khan today said the mega construction project of houses would kickstart from Gwadar to benefit the poor fishermen and later commence in Peshawar and other parts of the country to provide affordable housing units to the low income people.

The prime minister was speaking as a chief guest during the signing ceremony of a memorandum of understanding (MoU) between the Government of Pakistan (GoP) , United Nations Office for Project Services (UNOPS) and Sustainable Housing Solutions (SHS), for NAYA Pakistan Housing Programme.

The MoU signed by UNOPS, Sustainable Housing Solutions (SHS) and the Government of Pakistan to build 500,000 new homes is a part of Prime Minister Imran Khan’s plans to build five million housing units in the country.

The prime mister termed the financial and technical assistance from the UNOPS and SHS as a landmark event to accelerate the wheels of economy by overcoming the shortage of housing units in the country, besides creating job opportunities.

He noted that the government was making efforts to bring about an economic turnaround, which had suffered due to the plunder in the last one decade.

He said the agreement with the UNOPS and the SHS would enable the government to kickstart its most ambitious project on large scale with construction of half a million houses with that assistance by overcoming a shortage of about 12.5 million housing units in the country.

The prime minister noted that the UNOPS’ financial assistance would utilize the local labour and material, which would directly benefit 40 industries of the country allied with the construction sector.

He said the accomplishment of housing units with the assistance of UNOPS and SHS would bolster the economy, bring expertise in the construction sector, besides encouraging the educated youth, new small and big companies, and entrepreneurs to enter the sector.

The administrative and legislative issues were being overcome and to facilitate the investors and construction companies, one window operation was launched by the Naya Pakistan Housing Authority, he added.

The prime minister also appealed to the Lahore High Court chief justice to immediately fix the case regarding foreclosure laws pending since long.

He observed that an early decision over the issue would enable the banking sector to extend loaning facilities and easing the mortgage process.

The prime minister said under his government’s flagship Naya Pakistan Housing Programme, the people, especially the salaried class, with no financial resources would be able to own their houses at the affordable rates with easy installments.He said efforts were afoot to minimize the mark-up rates.

The prime minister said taking new initiatives by the government had always been difficult especially when the country had been facing financial issues, and expressed the confidence to deliver upon his promise of providing 5 million affordable houses to the people within five years.

He also witnessed signing of the MoU between the representatives of the government and UNOPS and SHS.

The MoU will be the latest in UNOPS Social Impact Investment Initiative (S3I), which had also been working on similar projects in Ghana, Kenya, the Carribean island and India.