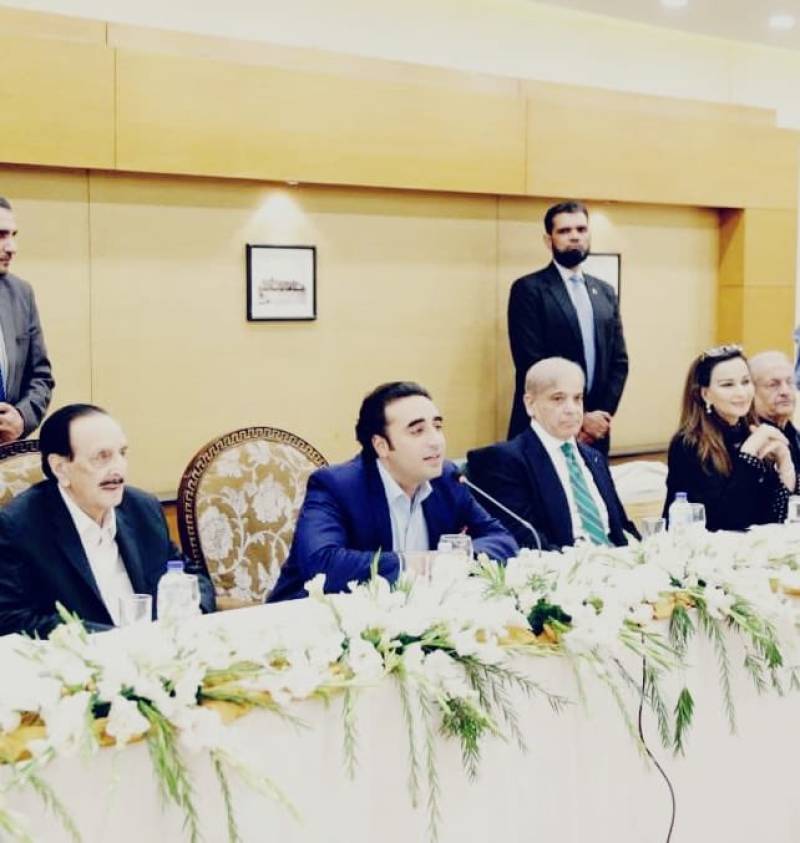 The huddle, in the Senate's banquet hall, came a day ahead of voting on no-trust move against Senate Chairman Sadiq Sanjrani.

After the lunch, PPP chief Bilawal told reporters that Sanjrani still had time to voluntarily resign if he wanted, terming that it would be a good decision.

The lawmaker affirmed that the opposition had gathered enough numbers to de-seat the Senate chairman.

On the other hand, Leader of the House in the Senate Syed Shibli Faraz also made it clear today that Sanjrani was not resigning, saying he will fight the election "till the last man [and] the last moment".

The opposition’s joint candidate for Senate chairman, Mir Hasil Bizenjo, told newsmen that he had already won the day his name was put forward.

Claiming to have the support of 65 opposition senators, Bizenjo too suggested Sanjrani to resign.

During the meeting, both the leaders discussed the no-trust move against the Senate chairman and the future strategy of the opposition.

The two leaders also discussed the overall political and economic situation of the country.