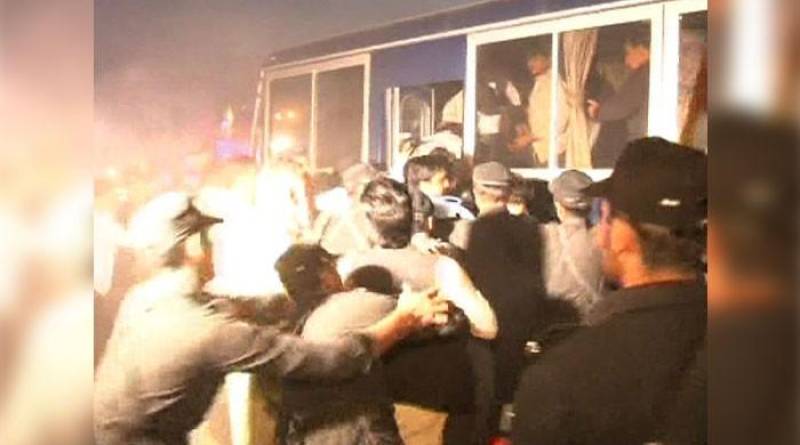 LAHORE - Punjab Law Minister Rana Sanaullah on Monday said that 838 people have been taken into custody by Punjab, adding that only 400 could reach Bani Gala for Pakistan Tehreek-e-Insaaf's (PTI) Nov 2nd protest in the federal capital.

Addressing a press conference in Lahore, the minister clarified that neither a house of a political worker was raided nor any female worker was detained.

Imran Khan will not be allowed to derail the system, he said, adding that Imran has been given three years to hold gatherings.

Referring to PTI leaders' criticism of arrests, Sanaullah said "whatever we say or do that is in reaction.”

The government is applying a defensive strategy and this policy should be applied only in political matters, he maintained.

“What message Chief Minister Khyber Pakhtunkhwa Pervaiz Khattak is trying to convey to Pakhtuns in Punjab?”said the provincial law minister.

CM KP Pervaiz Khattak is leading a PTI convoy and has vowed to reach the capital for November 02 protest.

Police has been deployed to restrict PTI activists ahead of the Nov 2 Islamabad lockdown. Containers have been brought to Islamabad to seal the Red Zone.