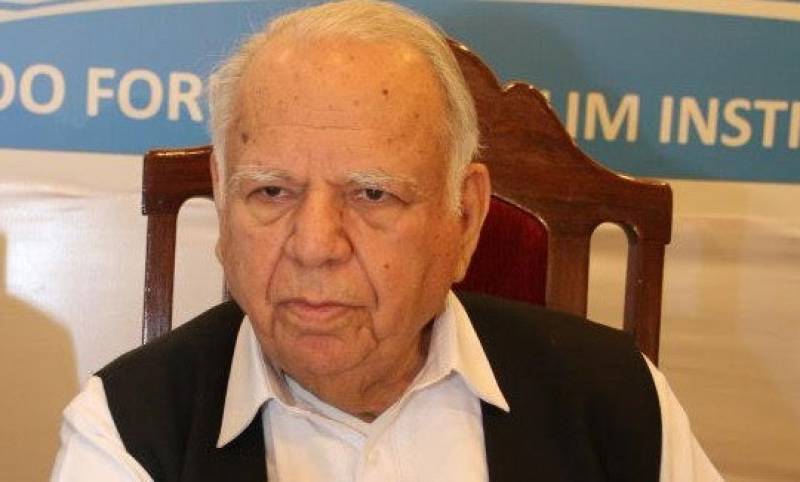 Zaki, 87, was a cardiac patient and was under treatment for quite some time at Pakistan Institute of Medical Sciences (PIMS). The former foreign secretary underwent an angiography and open heart surgery in 1993 and 2006 respectively.

Zaki was born on October 27, 1931. He has held the role of senior leader of the Pakistan Muslim League and chairman of the Senate Standing Committee on Foreign Affairs.

Zaki also served as Pakistani ambassador to China, Nigeria, the Philippines and the United States and remained as secretary general and minister of state for foreign affairs during a long career with the Foreign Service that spanned throughout the reigns of Z.A. Bhutto and Gen. Zia-ul-Haq.

In his condolence message, he has prayed to Almighty Allah to rest the departed soul in eternal peace and grant courage to the bereaved family to bear the loss with equanimity. He has also paid tribute to the services of late Akram Zaki in the field of foreign service.