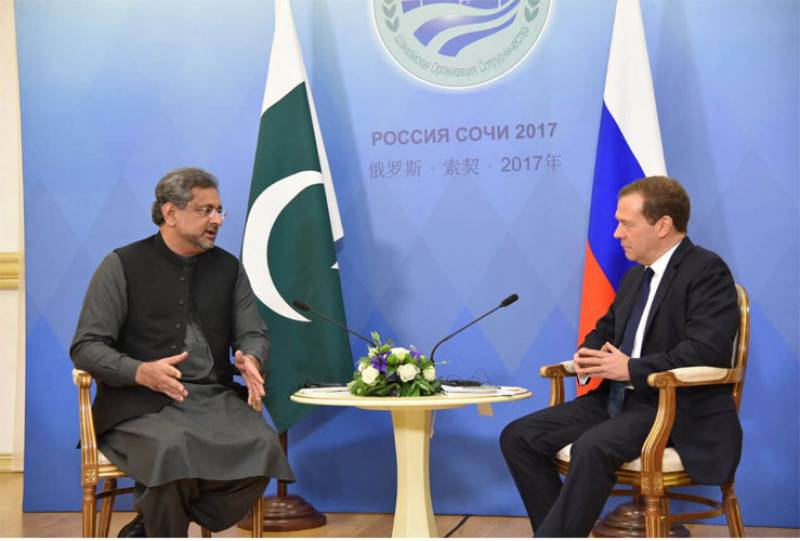 SOCHI – Pakistan and Russia have agreed to further enhance the bilateral ties by deepening cooperation in different fields of mutual interest.

Abbasi reached Russia Thursday evening to attend the 16th meeting of the Shanghai Cooperation Organization's (SCO) Council of the Heads of Government (CHG). Abbasi is participating in the CHG meeting following an invitation extended by Medvedev.

The prime minister underscored that Pakistan attached priority to its ties with the Russia, adding the country wanted to enhance cooperation in fields of energy.

During the meeting, the two sides expressed satisfaction over strengthened bilateral relations and agreed to deepen a long-term and multi-dimensional cooperation between the two countries, Radio Pakistan reported.

Abbasi also informed Russian prime minister about the prevailing situation in the Indian occupied Jammu and Kashmir and Pakistan's struggle to settle the issue peacefully.

Both the leaders also reached an agreement to continue efforts for establishing peace in Afghanistan.