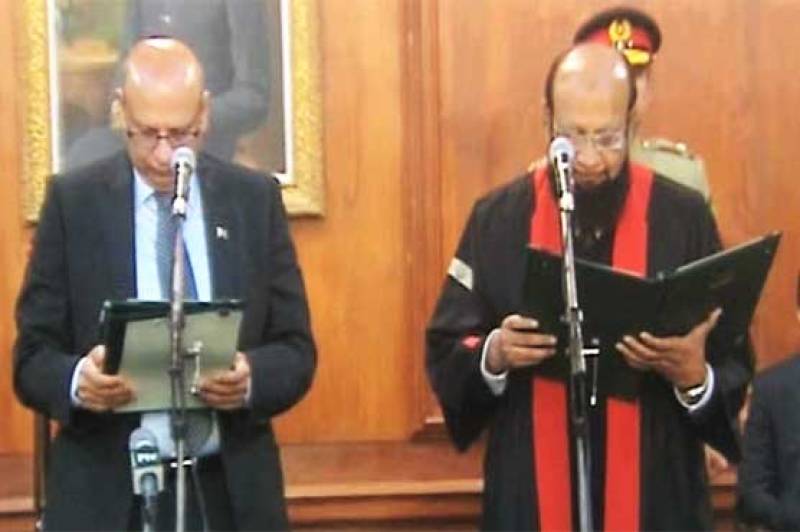 Sardar Mohammad Shamim Khan was sworn in as the Chief Justice of the Lahore High Court today. I hope that we will continue to work on improving our processes & systems! pic.twitter.com/oNN23W7Mv4

Punjab Chief Minister Sardar Usman Buzdar, members of the provincial cabinet and other dignitaries were also present at the oath-taking ceremony.

Justice Shamim replaced former Chief Justice Anwar ul Haq, who had become the chief justice of the provincial high court in October, retired from his position on Monday, just two months into the job.