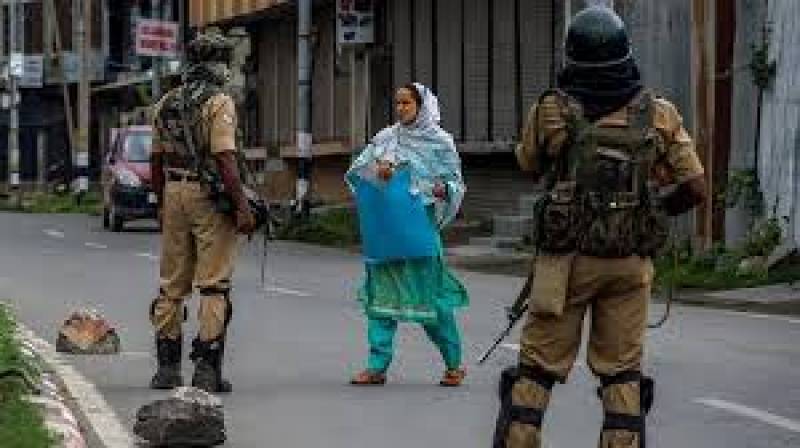 ISLAMABAD - Pakistan on Wednesday reaffirmed its unflinching support and solidarity with the Kashmiri people as the inhuman lockdown in Indian Occupied Jammu & Kashmir (IOJ&K) reached 150 days.

As part of our unstinted moral, political and diplomatic support for the Kashmir cause, Pakistan will continue to raise at all international forums the plight of over 8 million innocent Kashmiris under the brutal occupation of 900,000 Indian security personnel, persecuting them day and night with impunity, said a press released issued by the foreign office.

"India’s farcical claims of “normalcy” returning to the situation in IOJ&K carry no credibility whatsoever. We will continue to stress the importance of urgent and effective steps by the world community to address India’s state-terrorism against the Kashmiri people, who are demanding their legitimate right of self-determination as enshrined in the United National Security Council Resolutions."

Among other things, India must immediately lift the continuing lockdown and communications restrictions imposed in IoJ&K since August 5, free all detainees particularly young children, release the senior Kashmiri leadership, remove all draconian laws including PSA and AFSPA, withdraw its 900,000 security personnel from the occupied territory, and allow unhindered access to international humanitarian and human rights observers and the international media to the occupied territory, it added.

"We deplore the continuing proclivity of Indian political as well as military leaders to fabricate “facts” with regard to “terrorism” or situation along the Line of Control (LoC) as part of their attempts to mislead the world and with the possible intention of staging some “false flag” operation. They would be well-advised to look inwards and curb the growing “saffron terror”, which is increasingly a matter of concern for the international community."

In the context of situation in IOJ&K, we reject the new Indian Army Chief’s irresponsible statement regarding “pre-emptive strikes” across the LoC inside Azad Jammu & Kashmir (AJ&K). There should be no doubt about Pakistan’s resolve and readiness to thwart  any aggressive Indian move, inside its territory or AJ&K. No one should forget Pakistan’s befitting response to India’s Balakot misadventure.

Despite India’s provocations, Pakistan will continue contributing to all efforts of promoting peace, security and stability in the region and beyond, it concluded.