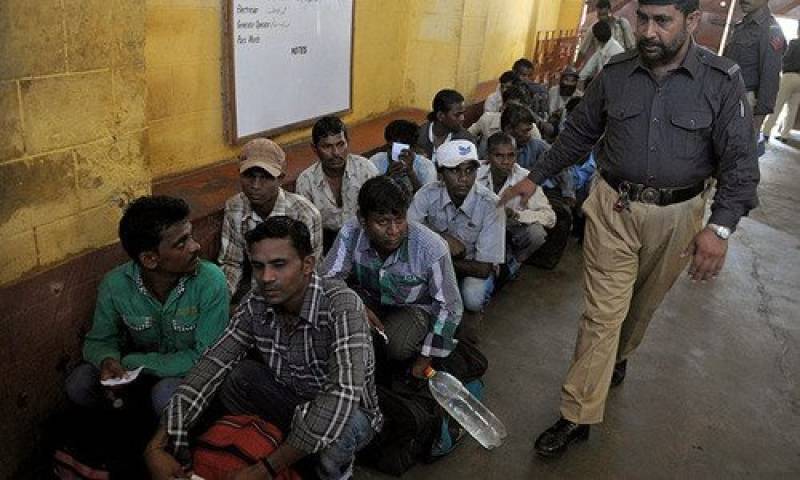 ISLAMABAD - Pakistan and India on Sunday exchanged, through diplomatic channels simultaneously at New Delhi and Islamabad, the lists of civilian prisoners and fishermen of each country lodged in the jails, said an official statement issued by the Foreign Ministry.

"This is consistent with the provisions of the Consular Access Agreement between Pakistan and India, signed on May 21, 2008, under which both countries are required to exchange lists of prisoners in each other's custody twice a year, on January 1 and July 1, respectively," a Foreign Ministry statement said.

While exchanging the lists, the Indian government emphasised on the need for early release and repatriation of civilian prisoners, missing Indian defence personnel and fishermen along with their boats.

In this context, Pakistan was asked to expedite the release of 9 Indian civilian prisoners and 229 Indian fishermen who have completed their sentences and whose nationality have been confirmed.

Immediate consular access has also been sought for the remaining prisoners and fishermen to facilitate their early release and repatriation, added the statement.

Pakistan and India routinely arrest fishermen who cross water boundaries for illegal fishing, but the two nuclear-armed neighbours have not yet reached an agreement on maritime boundaries.

Pakistan and Indian have exchanged lists of prisoners at a time when their relationship is at the lowest ebb over skirmishes along the Line of Control (LoC) in the disputed Kashmir region and allegations of terrorism.

Pakistan and India declared ceasefire in 2003 along the LoC and Working Boundary. However, both countries routinely accuse each other of ceasefire violations.