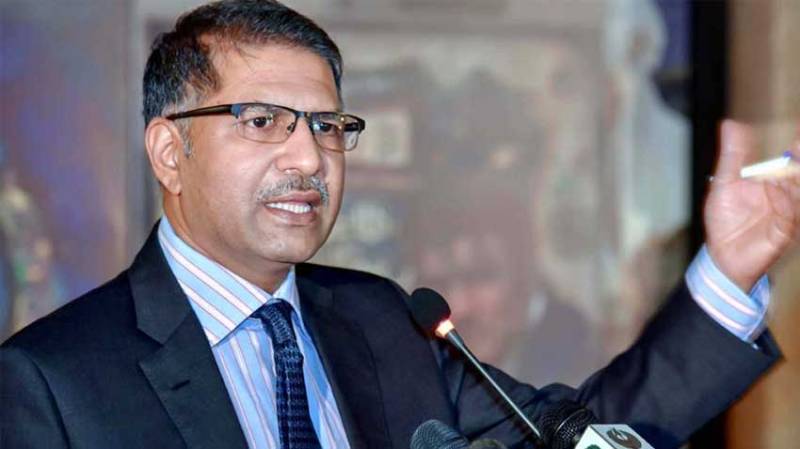 ISLAMABAD - Caretaker Minister for Information and Broadcasting, Barrister Syed Ali Zafar said on  Saturday the government was devising a strategy to opt various measures to construct more dams and cope with the water crisis in the country.

Talking to PTV, the minister, who also held the portfolio of water and power minister, said the ministry had called a meeting of water and economic experts to develop a strategy which also formulated measures to construct dams including Bhasha Dam for storage of water.

Regarding the meeting of the Federal Cabinet held earlier headed by Prime Minister Justice (r) Nasir-ul-Mulk, the minister said it discussed all main issues like water shortage, economic affairs, repatriation of Afghan refugees and ensuring free and fair general elections.

ISLAMABAD - The Federal Cabinet granted on Saturday an interim extension of three months for the stay of 1.4 million ...

To a question, he said all national institutions including judiciary, investigation agencies and others were working within their domains and the caretaker government would implement all the court decisions.

He said elimination of terrorism, money laundering and corruption were in the best national interest as it could only guarantee the national development and prosperity.

ISLAMABAD - The Federal cabinet, on the recommendations of the Finance Minister, has approved an extension of closing ...

Replying to a question, he said Pakistan had already been placed on Financial Action Task Force (FATF) grey list in February last.

The FATF in its recent meeting in Paris also participated by Finance Minister Dr. Shamshad Akhtar asked Pakistan to swiftly implement the plan of action to eliminate money laundering, incidents of ransom and terrorism from the country to save the country from moving towards the blacklist.–APP