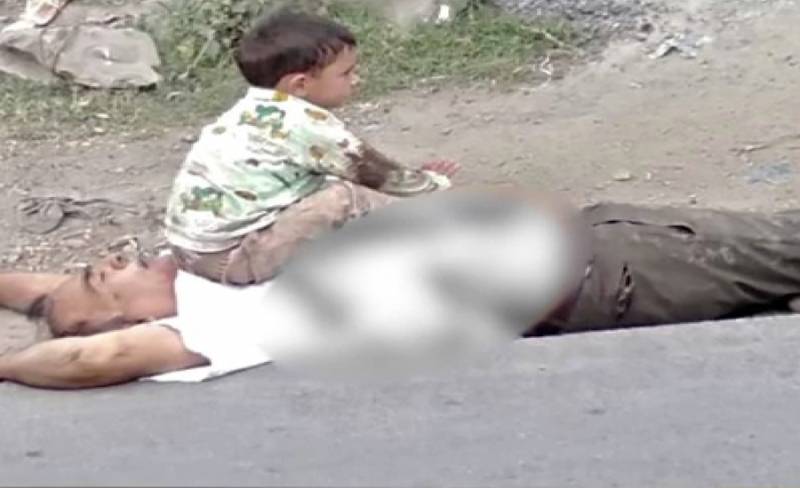 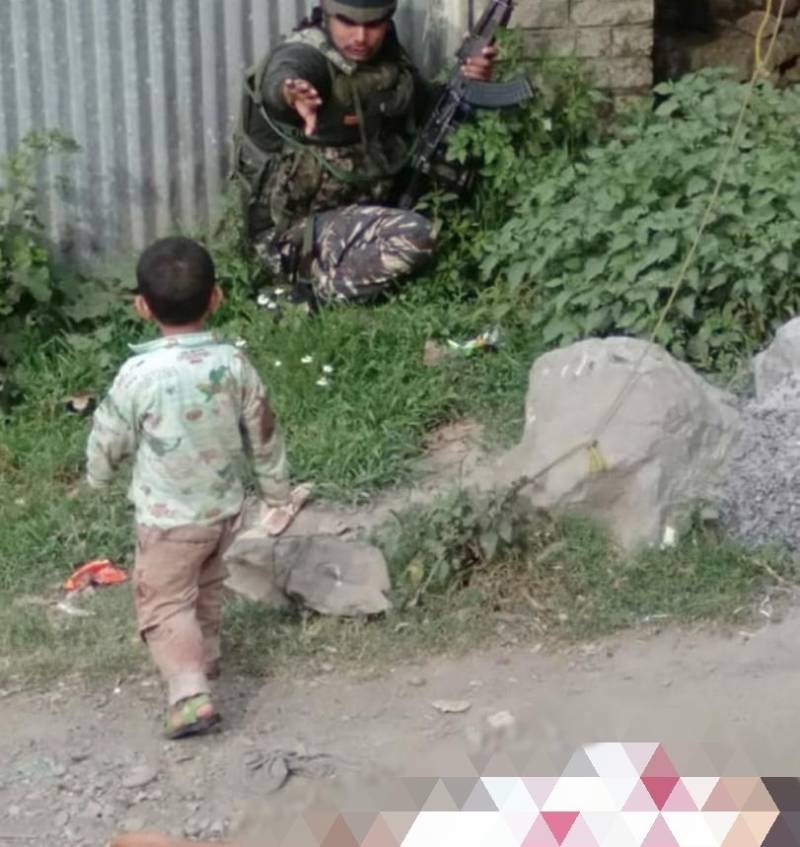 The heart-wrenching picture of the incident in which the child was seen sitting on his grandfather's belly went viral on social media.

The child was trying to wake up his dead grandfather unmindful of the reality that the latter was no more. The little boy identified as Ayaad was traveling along with his grandfather Bashir Ahmed Khan (65) from Srinagar to Sopore, where oversaw the progress in construction work at one of his projects.

Khan, a contractor, was heading towards the construction site in Sopore Wednesday morning, unaware of the untoward incident on his way that lay in store for him.

Civilan who was shot in cross firing at Sopore area of Kashmir, wasn't taken to hospital instead his body was lying on the road till he died. pic.twitter.com/tFnLUf71XE

Khan, in the outskirts of Srinagar, a pall of gloom descended upon the family and the locality. “My father has been killed and those who killed him should be killed as well. Didn’t they see a little kid along with my father,” cried Khan’s daughter.

Khan’s son alleged that his father was dragged out of his vehicle and shot at by the Security Forces. However, Senior Superintendent of Police (SSP) Sopore Javaid Iqbal said Khan was killed during an exchange of fire between freedom fighters and the Indian Army.

The dead man first tried saving his grandson was hit by bullets in the bet, Iqbal added.

JKP #rescued a three years old boy from getting hit by bullets during #terrorist #attack in #Sopore. @JmuKmrPolice pic.twitter.com/hzqGGvG7yN

According to Indian media reports, militants opened indiscriminate fire on a CRPF patrol party of 179 Battalion near Model Town, Sopore, 52 kms from Srinagar, at around 7:35 am.

One personnel of the Central Reserve Police Force (CRPF) and a civilian were killed while three other security force personnel were injured in the attack, officials said.