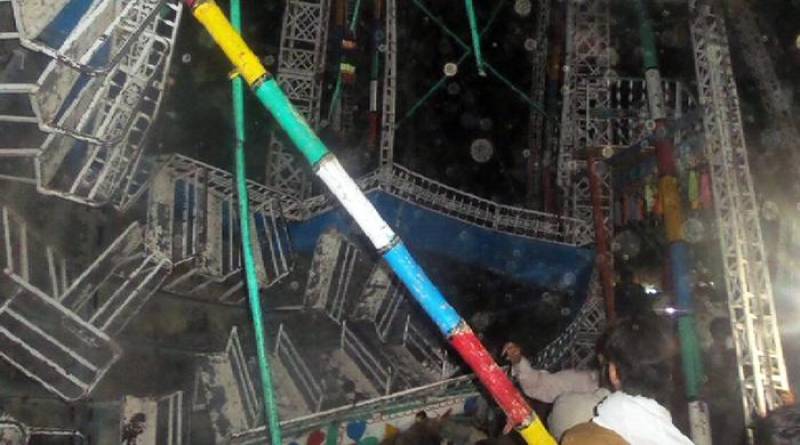 KALLAR SYEDAN (Web Desk) - As many as 35 people were left injured including children in a pirate ship ride accident during a festival at the shrine of Baba Masoom Shah near Rawalpindi Railway Station on Monday.

The incident left two of the injured in serious condition.

Eyewitness claim that the mishap occurred due to overloading as the structure was not enough supported by bars holding it.

The three men operating the ride were arrested on Tuesday for negligence, but were released by a court later after paying a fine of Rs6,000, Express Tribune reported.

Following the accident, the second day of the festival was abandoned.