'Eco-terrorism': Pakistan to move UN against India for bombing its forest 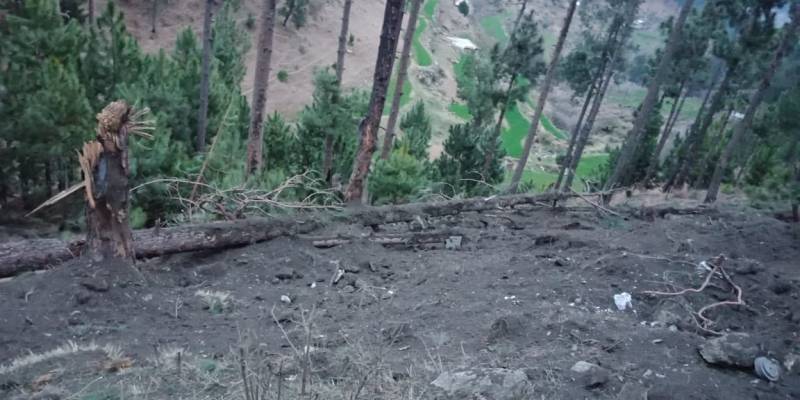 ISLAMABAD - Taking a strong exception to the so-called 'surgical' strike at Balakot, Pakistan is planning to lodge a complaint against India at the United Nations for 'eco-terrorism'.

Climate Change Minister Malik Amin Aslam said Indian aircraft bombed a forest reserve and the government was undertaking an environmental impact assessment (EIA) on the basis of which a complaint would be lodged with the United Nations and other forums.

"What happened over there is environmental terrorism. Dozens of pine trees had been felled. There has been serious environmental damage," Aslam told Reuters.

In a tweet, the minister highlighted that Pakistan values its nature.

In its relentless aggression and warmongering, Indian aircraft dropped payload over Balakot area in Pakistan damaging pine trees and bringing chaos in South-Asia though it tried to fool the public by saying that it was a surgical strike.

India and Pakistan are at daggers drawn over the Pulwama attack in Indian occupied Kashmir for which New Delhi pinned blame on Islamabad without any evidence.

ISLAMABAD – Taking federal cabinet members into confidence regarding the plan of action as tensions with India ...

Pakistan's Prime Minister Imran Khan had extended offers for a probe into the attack which left over 40 soldiers dead on February 14th, however, India took a rogue approach to handling the crisis.

Indian Air Force aircraft violated the Line of Control on Tuesday before being whisked away by Pakistan Air Force.

Indian Air Force aircraft violated the Line of Control again on Wednesday, however, this time Pakistan Air Force shot down two fighter jets while capturing a pilot, Abhinandan alive who would be released on Friday (today).

Pakistan's Prime Minister Imran Khan has been calling for detente ever since the repeated Line of Control violations by India.

PM Khan's gesture of releasing the captured pilot is being praised on a global scale by analysts and political commentators who are now stressing Indian Prime Minister Narendra Modi to put an end to the escalation.