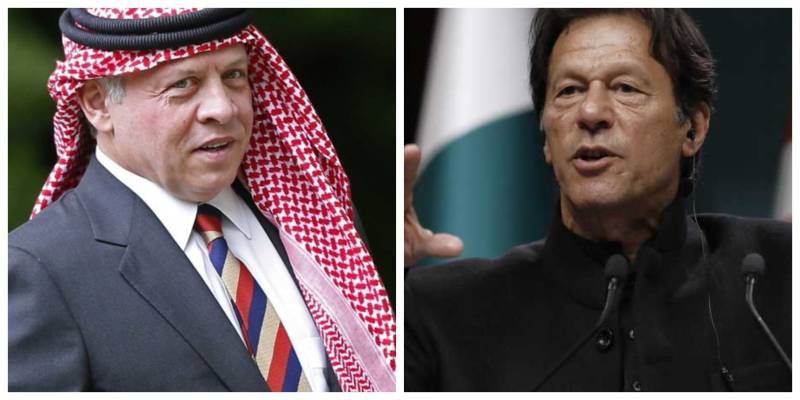 The Jordanian king expressed solidarity with the Pakistani leadership and offered to mediate to ease tensions between Pakistan and India.

PM Imran said that Kashmir issue is the bone of contention between India and Pakistan.

The Kashmir issue should be resolved through the United Nations resolutions, Khan said, adding that India’s war aggression is threatening for the entire region.

The prime minister told the Jordanian ruler that Pakistan’s foremost agenda to alleviate poverty and bring welfare in the country.

United Nations Secretary-General Antonio Guterres, while expressing deep concerns over conflict between Pakistan and India, has offered mediation between both countries for de-escalation.

The UN Chief appealed to both sides to urgently take steps to lower tension through meaningful mutual engagement and meet their responsibilities to maintain peace and stability in the region.

Turkey stands by Pakistan in case of war with India

Moreover, Canada has urged both India and Pakistan to not use military to prevent the situation from further deterioration.

Russia and America have also made efforts to mediate between India and Pakistan to ease tensions.