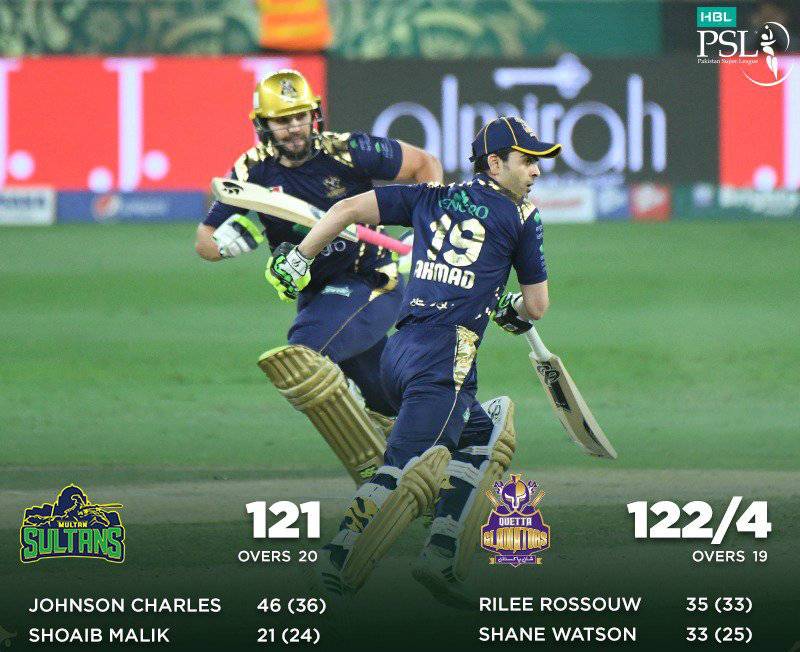 DUBAI – Quetta Gladiators bowled out Multan Sultans for 121, and then easily achieved it in 19th over in the last match at the Dubai International Cricket Stadium on Friday night.