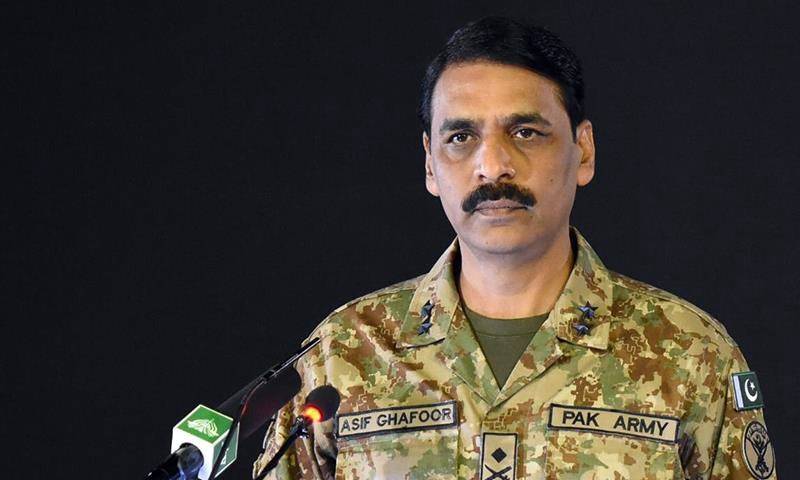 ISLAMABAD - Pakistan Army's spokesperson on Friday reacted to the fiery speech of Jamiat Ulema-e-Islam-Fazl's chief Maulana Fazlur Rehman, urging him to name the institutions he has talked about in his address.

Rehman went on to say that his party does not want a clash with the institutions of the country but also expects them to be impartial. But he did not clarify which institutions he is talking about.

"If we feel that the institutions are protecting these illegitimate government of the Pakistan Tehreek-e-Insaf (PTI), then after the end of two-day deadline we should not be stopped from making an opinion regarding the institutions," he told the protesters.

Major General Asif Ghafoor, Director General Inter-Service Public Relations, talking to a private news channel said that Rehman should take its issues to the institutions concerned in order to resolve them under the laws and the Constitution of Pakistan.

He clarified that army is an impartial national institution, adding, "We are supporting the elected government within the limits described in the Constitution".

The military spokesperson said that hurling accusations will not be a solution to problems, adding that any challenge to the stability of the country will not be tolerated.

He highlighted that Operation Radd-ul-Fasaad was underway to ensure lasting peace in the country. "We bring peace to the country by sacrificing our lives".