Ashura processions for 10th of Muharram culminate peacefully across country 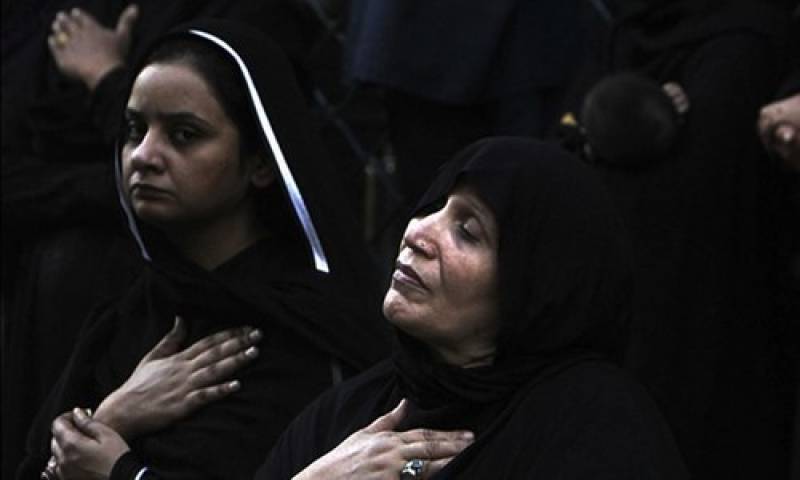 Cellular services, which remained suspended in different cities during the last three days, were restored.

Alam, Zuljinah and Taazia processions were taken out in all the cities and towns of the country.

Ulema and Zakireen were highlighted the teachings of Hazrat Imam Hussain and various aspects of Karbla tragedy.

Strict security arrangements are in place at all sensitive areas of the country, especially the routes of processions, to avert any untoward incident.

A ban on pillion riding was also imposed in Karachi, Peshawar and Quetta.

The main Ashura procession in Karachi began from Nishtar Park with a Majlis (address) by Allama Shahenshah Hussain Naqvi.

The procession then proceeded to Numaish Chowrangi, from where it followed MA Jinnah Road towards Regal Chowk, and paused at Tibet Centre for Zuhr prayers. 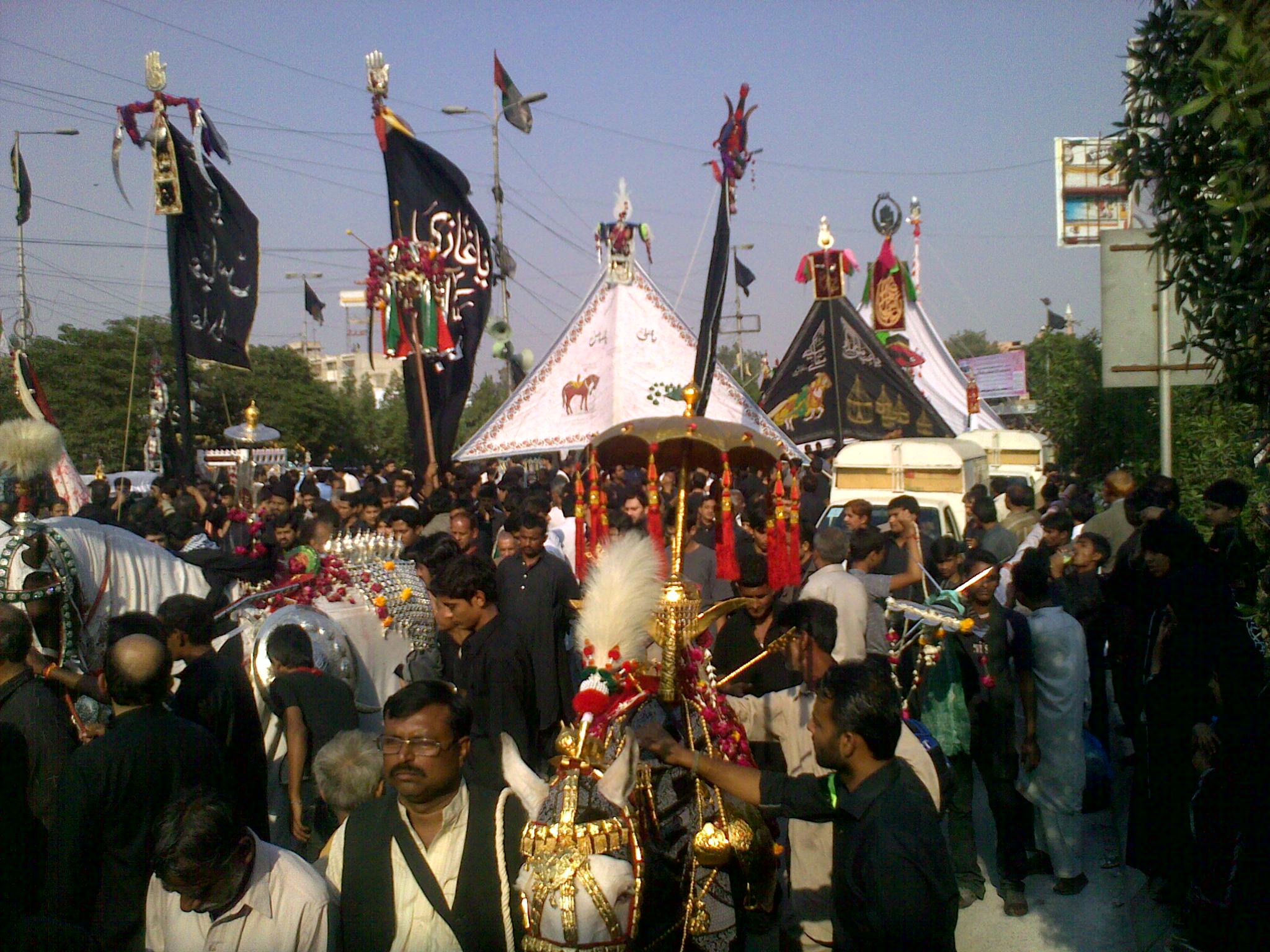 Later, the procession headed towards Bolton Market and culminated upon reaching at Hussainiya Iranian Imambargah, Kharadar.

Over 6,000 security personnel were deployed along the routes of the main procession in Karachi.

In Lahore, the Ashura procession began with the traditional majlis at Nisar Haveli. Then it proceeded through narrow alleyways of the 'old city' and concluded in the evening upon reaching Karbala Gamay Shah.

In Rawalpindi, the main Ashura procession was taken out at 11am from Imambargah Ashiq Hussain, which culminated upon reaching its destination. According to the police, 7,000 personnel, as well as paramilitary forces, were deployed for the event. 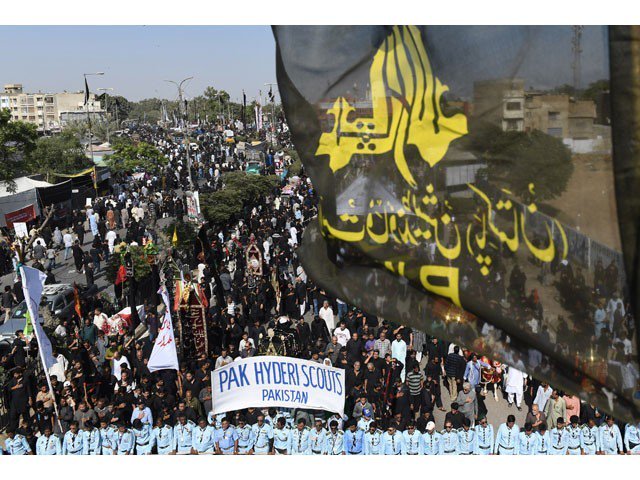 In Peshawar and Quetta, the processions commenced from Imambargah Agha Syed Ali Shah Rizvi and from Rehmantullah Chowk on Alamdar Road, respectively, and peacefully concluded upon reaching their destinations.

Stringent security measures were in place across the country to ensure safety of mourners.

A ban on motorcycle pillion riding was also in place in Karachi, Peshawar and Quetta, whereas the metro bus in Islamabad and Rawalpindi too remained non-operational on Sunday.

With regard to further security and safety inside of the procession, followers and mourners will be required to enter via walk-through gates, installed with metal detectors.