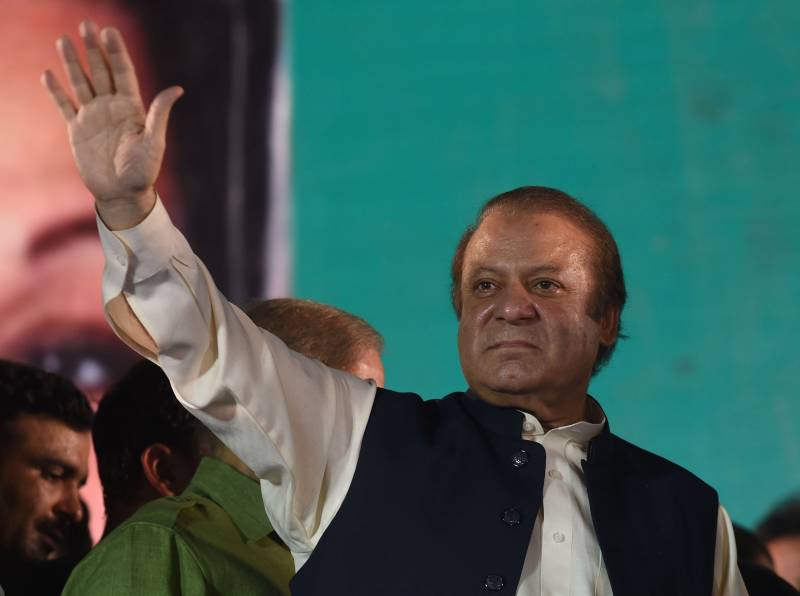 ISLAMABAD - Former prime minister Nawaz Sharif was granted exemption from physical appearance in the Flagship investment reference by the accountability court for a day, on Monday.

During the hearing of the case, neither the co-accused Sharif nor his counsel Khawaja Haris appeared before the bench, prompting the National Accountability Prosecutor, Sardar Muzaffar to request arrest warrants against the former lawmaker.

However, the accountability court judge, Arshad Malick asked the assistant counsel of Khawaja Haris to inquire where the former premier was present at the moment and why he skipped the hearing without applying for exemption.

'Khawaja Haris is not feeling well,' argued his assistant.

Upon this, the accountability court expressed resentment, with the judge remarking that such type of conduct is generally not displayed.

The NAB prosecutor pleaded that the statement of the witness should be recorded in the presence of assistant counsel as the former premier did not apply for an exemption.

'They [Sharifs] want to steer the judicial proceedings out of their will,' opined the NAB official and asked the judge to issue arrest warrants against the former premier.

To this, the judge gave a deadline of five minutes to the junior counsel to inquire the location of the former premier warning that the warrants would be issued otherwise.

Following this, the assistant lawyer filed an exemption plea on behalf of Nawaz Sharif which was accepted.

The court adjourned the hearing till October 4.

Besides Flagship reference, another reference regarding the Al-Azizia steel mills has also been filed by the accountability watchdog against the members of the former ruling family including Nawaz Sharif.