Linking of Indian spy's arrest with Iran must be avoided: Nisar 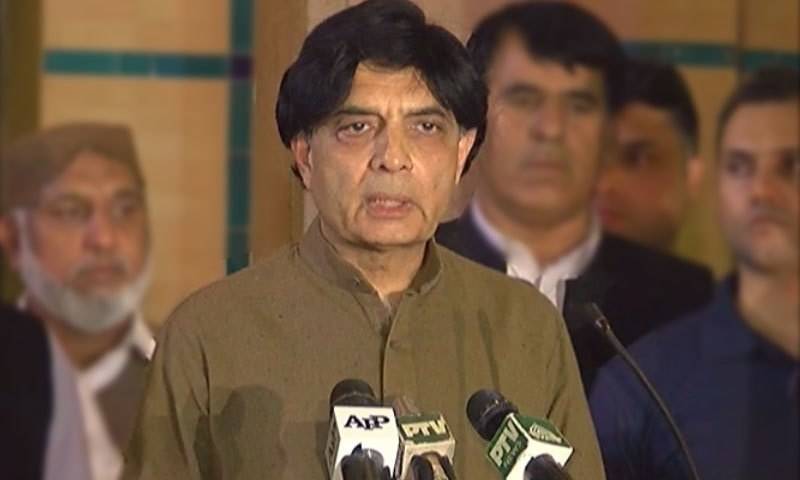 Talking to newsmen in Islamabad on Saturday evening, he said Iran has always supported Pakistan in every difficult time. He said both the countries can jointly bring stability to the region.

The Minister said Iran had nothing to do with the activities of Indian intelligence network.He urged media to be very cautious, while reporting on Pak-Iran brotherly relations. He said the issue of Indian agent would be taken to its logical conclusion.

Responding to media reports appeared in a section of media, he rejected any secret meeting of his and Punjab Chief Minister Shahbaz Sharif with Army Chief General Raheel Sharif. He said they held a routine meeting in broad daylight, which could not be dubbed as secret.

Turning to handling of sit-in in Islamabad, he said the protesters were dispersed due to prudent strategy of the government and all the cabinet members were on the same page in that regard.

He said every step was taken with complete consultation of cabinet members and the prime minister was also onboard.

The Minister said the government handled the issue without shedding any drop of blood. He said Finance Minister Ishaq Dar and Railways Minister Khawaja Saad Rafique were consulted on the matter.

He thanked respected religious leaders hailing from Karachi, Rawalpindi, and Islamabad for their role in solving the issue peacefully.

The Minister said those, who destroyed public property would be dealt accordingly.