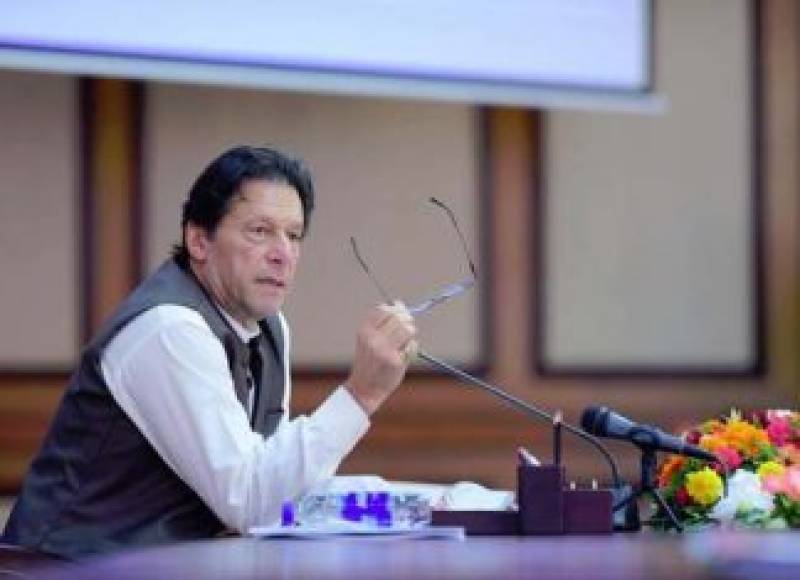 ISLAMABAD - Prime Minister Imran Khan Saturday said the diplomatic efforts by Pakistan had helped reduced tension in the Middle East following the recent US-Iran conflict and called for further efforts to seek a permanent solution of the issue.

“After the missile attack in Saudi Arabia on the oil facility, Pakistan played its part. We spoke to Saudi Arabia, we went to Iran, spoke to the U.S. last September, October. And actually, we feel we played our part bringing down tensions. But of course, you know, there has to be some more for a permanent solution. At the moment, things are still tense. But for the time, I feel that we have averted war,” the prime minister said in an interview with Turkish Anadolu Agency published on Saturday.

He said there was a time when it seemed that there could be a conflict. But at the moment, it looked as if things were cooling down. “However, I think more efforts are needed and we will be trying our best.”

Speaking about the Pak-Turkish relations, he said Turkish President Recep Tayyip Erdogan was expected to visit Islamabad by mid February and hoped the visit would further strengthen the brotherly relationship between Islamabad and Ankara.

He said both the countries had very close government to government relationship. Pakistan was grateful for the way Turkey stood with the people of Kashmir. The statement by President Erdogan on the atrocities in Kashmir by a fascist BJP government was encouraging. “So, our relationship every way is getting stronger, “ he remarked.

He said Erdogan was expected to bring along various business houses and investors who would meet their Pakistani counterparts with an aim to enhance the trading relationship.

He said Turkey could help Pakistan in many sectors including mining. Pakistan also desires technology transfer from Turkey in various areas.

To a question, the prime minister said Pakistan would also like to do something to commemorate 100 years of the Khilafat Movement this year.

Regarding his government’s efforts on economic front, he said his team had curtailed the current account deficit by almost 75%. The rupee had stabilized, confidence in our economy was growing, while the stock market had gone up.

“We have a big jump in our foreign investment. So, the country is stable right now. Now, it is a question of keeping it stable. You know, it is still a struggling head. But we are out of the big crisis which we had inherited,” the prime minister added.

The next challenge for the government was to bring down inflation and start growth in the country by focusing on the affordable housing and employment sectors.

He said the government was improving governance system and ringing ease of doing business in which the country had already jumped up by 28 points. So, Pakistan would become a hub of investment if it continued on the same direction.

Highlighting his government’s efforts to tackle the challenge of climate change, he said the government would plant 10 billion trees in the next four years and had decided to change the energy mix and 40% would be renewables in the next 10 years.

About the ongoing human rights violations in Indian Occupied Jammu and Kashmir, he said there was a danger what India had done in Kashmir, would not die down.

“There is going to be violence in Kashmir. There will be violence because whenever they lift the curfew, people will come out protesting against it. And when they will protest, India have 900,000 troops, which will use violence against these citizens. And we felt that this will spill over to Pakistan. And that is why the UN should act,” he remarked.

He said what was happening in India particularly after the passage of new citizenship law, was what exactly happened in Myanmar when they first started the Registration Act.

He said it would polarize India because not just the Muslims but other minorities would also stand up against it. Bangladesh was already worried because in Assam they deregistered almost two million people there, he added.

To a question, Prime Minister Khan hoped that the coronavirus would be contained. “We pray for China because, you know, it is awful what they must be going through there. So, and of course, Pakistan is extending all help possible,” he stated.

Talking about CPEC, he rubbished the notions that Pakistan was getting into a debt trap of China and hoped that in their upcoming visit, Pakistan would involve the Turkish delegation in using CPEC for further connectivity besides hoping for Turkish involvement this CPEC.

Regarding Afghan peace, Imran Khan reiterated Pakistan’s stance against use of force to resolve the issues and resolved to try its utmost to avoid any further conflict in the region.

“So, I feel Pakistan’s role will be now to put out fires to play the role of conciliation, getting people together rather than joining any conflicts,” the prime minister remarked.