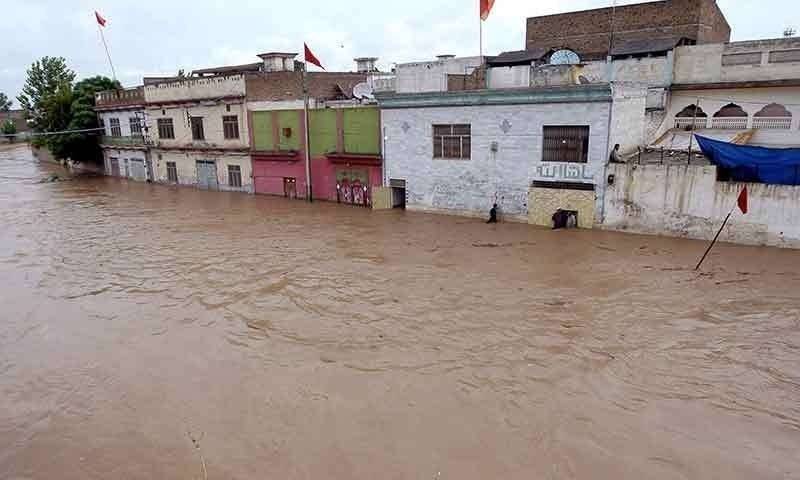 PESHAWAR - Chief Minister Khyber Pakhtunkhwa Pervez Khattak has said that those involved in deforestation were "real culprits of the nation" as ruthless cutting of the forests has devastated the natural environment causing great loss in the shape of floods.

He maintained that the provincial government has devised a comprehensive system for restoration of the natural environment as it believes in practical steps.

He said this while addressing the inaugural ceremony of sanitation campaign at Warsak Road Peshawar and later on while talking to media on Monday.

Senior Minister for Local Government Inayatullah and high ranking officers were present on the occasion.

Speaking on the occasion the Chief Minister condemned the fact that the provincial metropolis was not a city of flowers as it was labelled repeatedly.

He said that when PTI government took over there were 135 gardeners for 13 gardens of the city but astonishingly they never had bothered to plant a single sapling due to the absence of check and balance system.

Chief Minister said that the present government had inherited a deteriorated system but it was strongly determined to reform it.

He told that the government took solid steps for the transformation of institutions to bring a real change. He vowed to invest the public exchequer for the betterment of the people of Peshawar.

He said that 80% of the residents of the city were consuming polluted water which he said was a great cause of diseases. He stated that the provincial government had provided resources for the provision of clean drinking water to improve public health and reduce patient’s burden on hospitals.

He said that 30% funds had been diverted to local government and local bodies were made responsible for keeping the environment clean.

He asked the people to keep a vigilant eye over the performance of their elected representatives. He said that present government had abolished political interference in education, health and police to make these institutions serviceable.

He said that the government had taken steps for making the province clean and green. He added that WSSP was established to make Peshawar a clean city.

Pervez Khattak announced his intention to extend the services of WSSP to an additional six districts of the province. He asked the people to plant saplings in their houses as the government would provide free saplings for this purpose.

He said that Rapid Bus Transport project would be initiated in Peshawar to provide better transportation services to the residents of Peshawar.

Similarly, he said that bus stand would also be shifted out of the city. He informed that Peshawar, Nowshehra, Mardan, Charsadda and Swabi districts would be connected through circular train project.-Online