Nawaz, Maryam to reach back Pakistan in a week amid rising political temperature: report 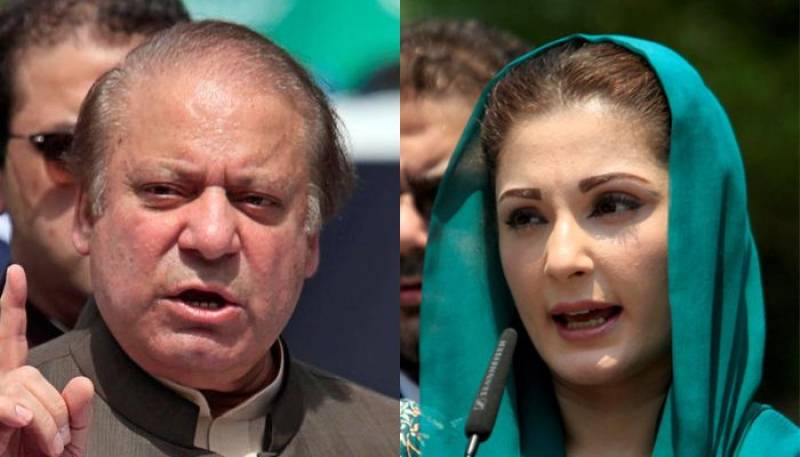 LONDON - Former prime minister Nawaz Sharif and his daughter, Maryam Nawaz, have reportedly decided to come back to Pakistan in a week as the election fever has gripped the entire country.

A private news channel citing sources claimed that the decision to return to Pakistan was made after a consultation meeting with senior leaders of the Pakistan Muslim Leauge-Nawaz (PML-N).

The both Sharif and his daughter had gone to London before the Eidul Fitr to inquire about the health of ailing Kulsoom Nawaz but they have to extend their visit due to the deteriorated condition of the former first lady, who is on a ventilator after suffering a heart attack.

Sources said that Maryam, who is PML-N candidate from NA-127 and PP-173 constituencies, might flight back to Pakistan before his father in order to run his election campaign.

Meanwhile, the party supremo has ordered the PML-N leaders to make preparation in multiple cities to run the election campaign with full force.

However, prior to his flight back to his motherland, a detailed medical check-up and a computed tomography (CT) scan of Begum Kulsoom Nawaz, will be conducted. Nawaz will also hold a detailed meeting with her doctors on Tuesday.

Earlier on Sunday, the three-time former prime minister remarked that a hope for fair and transparent elections is dying due to the prevailing situation. He added, “the nation will not allow polls to be rigged at any cost.”