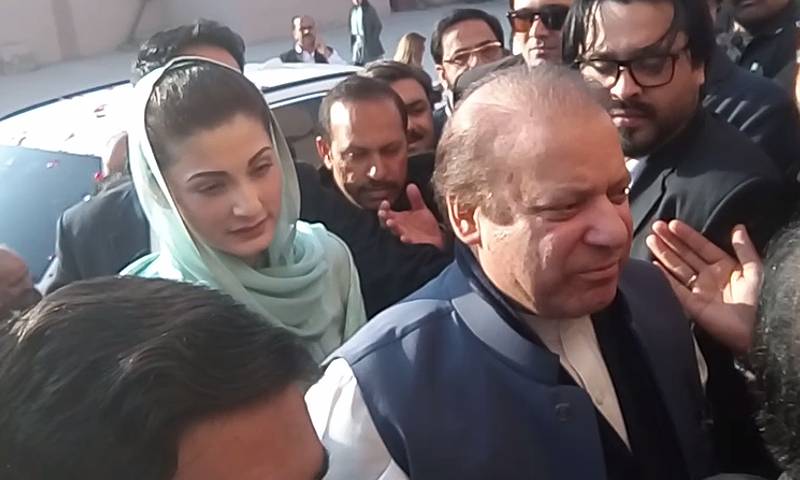 The co-accused in the Avenfield reference had applied for a week's exemption from physical appearance in the accountability court, however, the judge Muhammad Bashir did not entertain them fully.

During the course of hearing on Monday, Maryam Nawaz' lawyer, Amjad Pervaiz resumed his final arguments and questioned the professionalism of forensic expert, Robert Radley.

He contended that during the court proceedings, only specialist's opinion (testimony) is acceptable, however, Radley did not inform the court about his qualification as he has been working in this field since 1976.

Robert Radley did not submit his Curriculum Vitae (CV) in the court before recording his statement, he argued before the judge.

Maryam's lawyer explained that Radley should have presented the CV in the record as it was already provided in the ‘Volume4’.

‘Identification of font’ is an expertise but Redley did not mention this skill in his CV,' lawyer Amjad Pervez claimed.

As many as three references have been filed against the former ruling family in line with the directives of Supreme Court, in the Panama Papers.

Nawaz Sharif and his sons Hussain and Hasan are accused in all three references – Hill Metal establishment, London flats and offshore firms –  whereas his daughter Maryam and son-in-law MNA Capt (retd) Safdar are named in the Avenfield reference only.

Hussain and Hassan Nawaz are UK-based and have been absconding since the proceedings began last year, however, the former premier has been showing up regularly before the court of judge Muhammad Bashir.

Currently, Nawaz and Maryam are in London to tend to cancer-suffering Kulsoom Nawaz, admitted at the Harley Street Clinic.