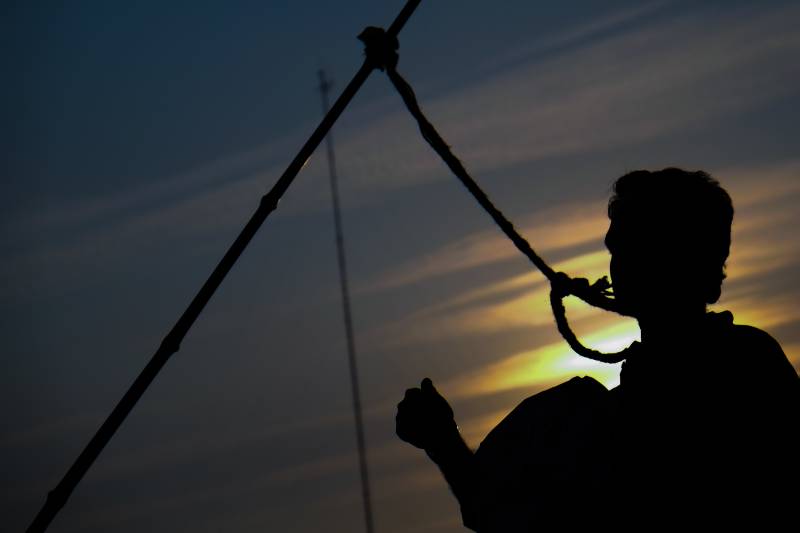 MUZAFFARGARH (Web desk) - A sessions court on Thursday sentenced a man to death. who was earlier convicted of blasphemy.

According to the prosecution, Nauman Chandia was convicted in a 2013 case for sending blasphemous messages to himself using the mobile phone of a security guard at his workplace, in an apparent bid to falsely accuse the latter of blasphemy.

Earlier in 2013, Chandia had registered a case at City Police Station against guard Mehr Ali. After investigation, the case was quashed, with police declaring Ali innocent and extracting a confession from Chandia, Dawn reported.

District Police Officer Awais Ahmad said he had constituted a special team that would probe blasphemy cases on the same lines as homicide cases.

Last week, a blasphemy case had been registered against a government school teacher at Mahmoodkot police station. Police are currently investigating the allegation.

The Arabic teacher at Government High School Gurmani was arrested on May 14 after allegedly beating two brothers in Grade VI for not coming to class on time.

Their parents complained to the school whose head told AFP that the teacher had been suspended after an inquiry.

Four days later, the parents went to police to accuse the teacher of blasphemy, according to local authorities.

School headmaster Qazi Muhammad Ajmal said the initial complaint from the parents did not mention blasphemy. The teacher did beat the students and was suspended for it. But the blasphemy allegation was “baseless”, he added.

Muhammad Bilal, the father who had lodged the complaint, said the teacher would often beat students.

“My son told me on May 10 the teacher beat them for not carrying out a blasphemous act,” he claimed. “We were angry and we took up the issue.”