SHC once again orders Ayyan Ali's name off the ECL 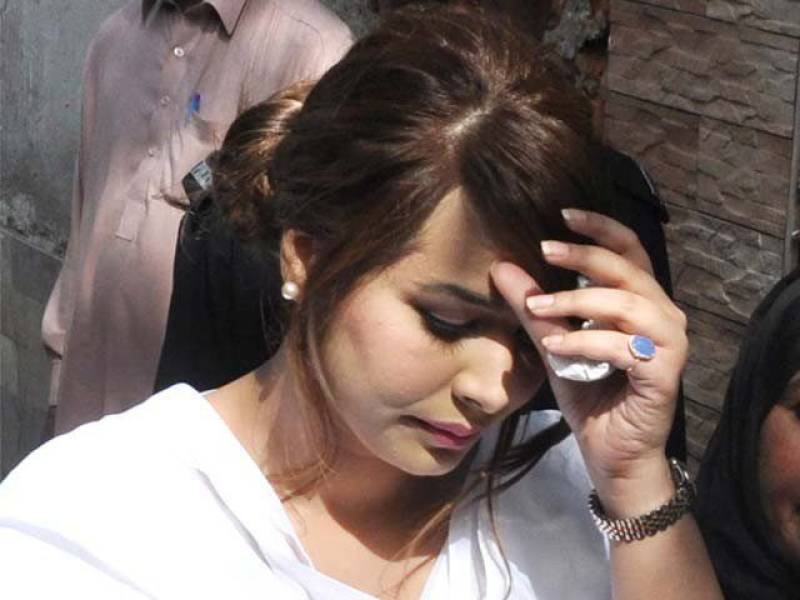 The court passed the order while accepting her plea against the Federal Government for not removing her name off the list despite the court ordering them to do so.

The court has, however, given seven days to Interior Ministry officials to file a review petition against the decision in the Supreme Court. If officials failed to obtain a stay order against the SHC verdict within seven days, Ayyan Ali's name will automatically be removed from the ECL.

Previously, on March 7, the Sindh High Court (SHC) had issued instructions for the removal of Ayyan Ali’s name off the ECL and accepted the request of Customs officials for fourteen days to implement the order, which expired on March 21.

However, before expiry of the SHC’s March 21 deadline, Customs authorities had moved the Supreme Court against the SHC decision. On March 17, the SC bench placed all concerned parties on notice and issued a stay order in the case, under which the SHC’s verdict no longer needed to be implemented.

Arguing before the apex court, Customs officials said if Ayyan Ali was allowed to leave the country, she may not return to face legal proceedings still pending against her.

At which Ayyan Ali’s lawyer informed the court that the model wants to visit her mother in Dubai and that she has to complete some business deals as well. If not allowed to travel abroad, the model will have to suffer heavy financial losses, he maintained.

Despite the court's order, Interior Ministry refused to remove the model's name from ECL. At which, she filed a contempt of court plea in the Federal Court. However, Ayyan's petition was referred to the SHC by the SC, and has now been accepted by the court.

Ayyan was arrested by the Customs officials from Benazir Bhutto International Airport, Islamabad, in March on charges of smuggling US $500,000 abroad. Afterwards she was held at Rawalpindi’s Adiala Jail till Lahore High Court (LHC) ordered her release.

Later on, the Customs Court also returned her passport but refused to remove her name from Exit Control List (ECL). The model moved the Sindh High Court (SHC) against  theCustoms Court’s decision.

In the meanwhile the Customs Department also announced to confiscate the model’s money US $500,000 which she was allegedly smuggling abroad. An additional fine of Rs. 5 crore was also imposed on Ayyan Ali.