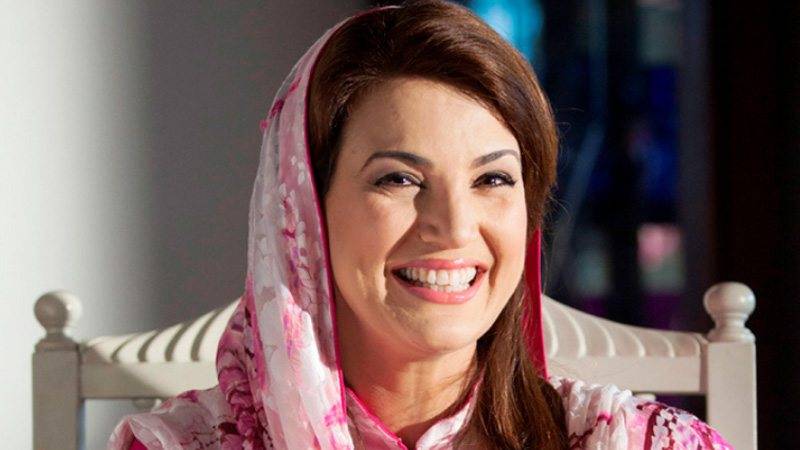 ISLAMABAD - The central mouthpiece of Pakistan Tehreek-e-Insaf has claimed the former wife of PTI chairman, Reham Khan, had a ‘secret’ meeting with Maryam Nawaz Sharif through Interior Minister Ahsan Iqbal.

Fawad Chaudhry, in a tweet on Saturday, accused the PTI chairman’s second wife of meeting the daughter of ousted PM Nawaz Sharif, saying that they now had "solid evidence" to prove his claims.

We now have solid evidence to prove Reham Khan was meeting @MaryamNSharif through Ahsan Iqbal @betterpakistan so the whole book is an exercise to demolish only real opposition i.e #PTI #RehamOnPMLNAgenda

In his statement to media, Chaudhry said that everything had been revealed as to who did Reham meet, when and where, and through whom. He claimed that they had all proofs of Reham's meetings.

Alleging Reham was working on PML-N agenda, he added that the irrefutable proofs have uncovered the entire conspiracy.

“… the whole book [written by Reham] is an exercise to demolish only real opposition," Fawad wrote in his tweet.

Example of some independently hacked stuff that IK never used against RK. Deleted the previous one to upload a clearer version. Before U point out that its fake bcz it says "wro=te" not "wrote" thats code lingo. Shame how RK sold her soul to N League for a few bucks & cheap fame. pic.twitter.com/dRSSZi50gS

Last time it had RehamKham in her email address. Glad you fixed the typo. Still made up. Shame on you.

Expect to hear the other side- I will expose the truth now-starting from her birth to date. The lies, the affairs, drug addiction,the violence not just her but About all family misdeeds.

"Expect to hear the other side- I will expose the truth now-starting from her birth to date. The lies, the affairs, drug addiction,the violence not just her but About all family misdeeds," Dr Ijaz Rehman wrote on social media.

A day earlier, the manuscript of Reham’s book was leaked online, which irked several PTI leaders who took to Twitter to accuse her of being part of an "agenda" ahead of the upcoming general elections.

Hamza Ali Abbasi surprised Twitter Friday night when he claimed that he has read the manuscript of Reham Khan's upcoming book. He described the book in some unflattering terms.

Reham Khan was quick to respond to Abbasi's accusations with one big question: how did he get his hands on the manuscript?

Hamza Abbasi claims he has read manuscript when it's not been published? Only possible through fraud or theft.

Reham has earlier said about her book that it is mainly about her life as a journalist and a mother, but mentioned that PTI chief Imran Khan features in it because he was once a part of her life, "albeit an unpleasant one".

Hamza has been emailing me threats since August 2017.
Bullies trying to silence me

As proof, she even published an alleged email conversation between her and Hamza in which he informs her of PTI's possession of her emails: 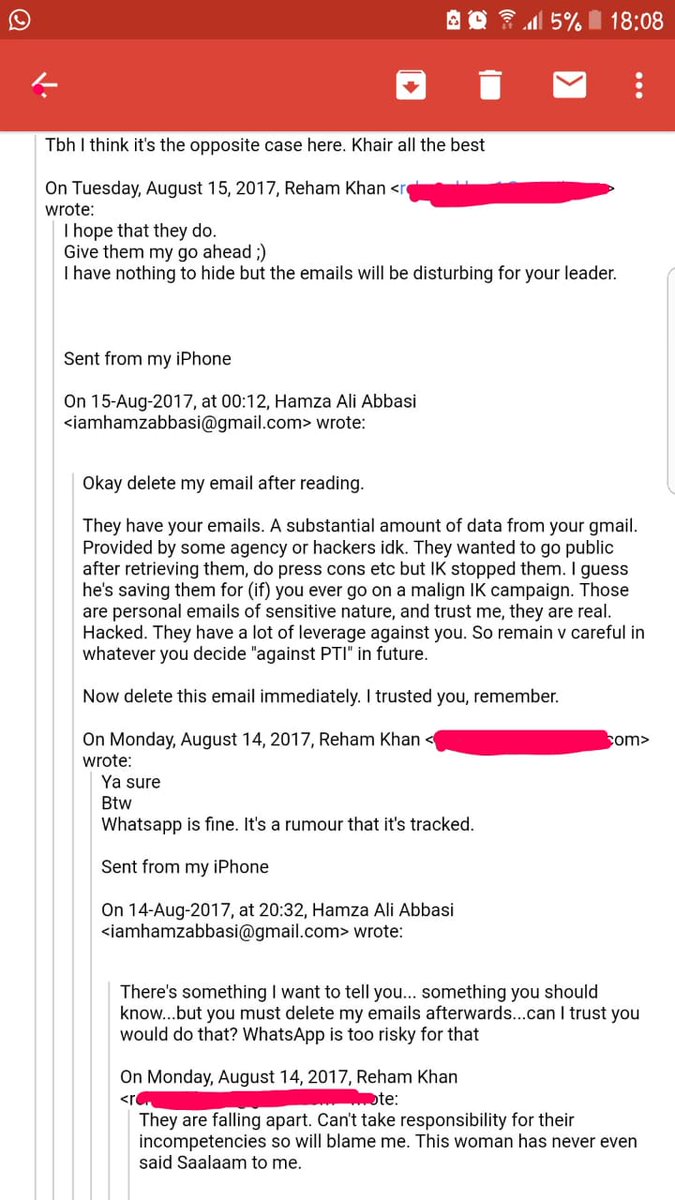 Earlier in the day, Imran Khan's close friend and London-based businessman, Zulfi Bukhari, threatened to take legal action against Reham over her upcoming book, which reportedly revolves around her marriage to the PTI chairman.

Bukhari, who had negotiated with Reham following her divorce with Imran, in a statement said the former TV presenter's move to write the book on her marriage was a "pathetic and filthy attempt."

Bukhari also vowed to take action against her "worldwide."

LONDON - Reham Khan, former wife of PTI chief Imran Khan, is all set to launch her book next week in London. According ...