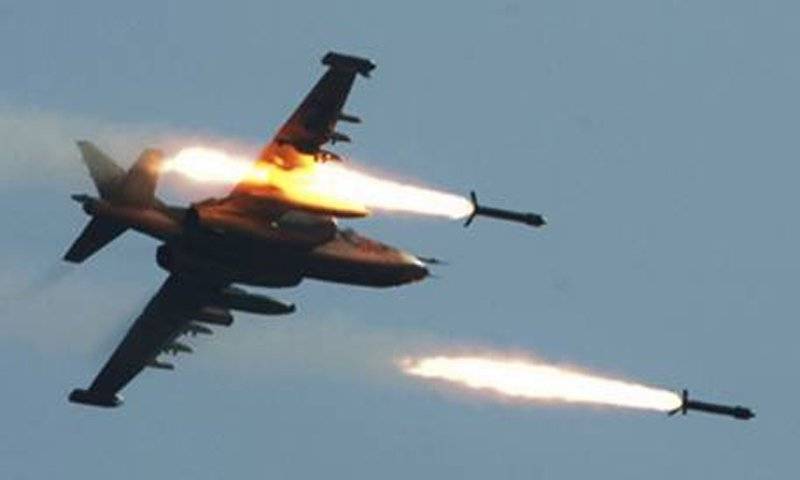 RAWALPINDI (Staff Report) - At least 44 suspected militants were killed in Khyber and North Waziristan where Pakistan Air Force (PAF) carried out air strikes, ISPR said in a statement on Saturday.

“Forty four militants were killed in aerial bombardment in Kach Kul and Kunda Gharibai area of Khyber Agency and Data Khel of North Wazirsitan,” a security official confirmed on Saturday.

The official added two militant hideouts were destroyed during the strikes carried out late last night.

On April 30, five months into the military operation in the troubled spots of the Khyber tribal region, the military claimed a ‘huge success’ after ‘intense fighting’ that left 27 terrorists dead.

The Khyber-II operation was launched in mid-October last year following reports that some militants had fled the ongoing military offensive in North Waziristan Agency, codenamed Zarb-e-Azb, to seek shelter in the strategic Tirah Valley of Khyber Agency.

The valley, which shares borders with the tribal agencies of Khurram and Orakzai and also with the eastern Afghan province of Nangarhar, had become a stronghold of the banned extremist outfit Lashkar-e-Islam, led by its elusive chief Mangal Bagh Afridi. Bagh later announced the merger of his group with the outlawed Tehreek-e-Taliban Pakistan.

Pakistan has been battling militant groups in its semi-autonomous tribal belt since 2004, after its army entered the region to search for Taliban fighters who had fled across the border following the US-led invasion of Afghanistan.