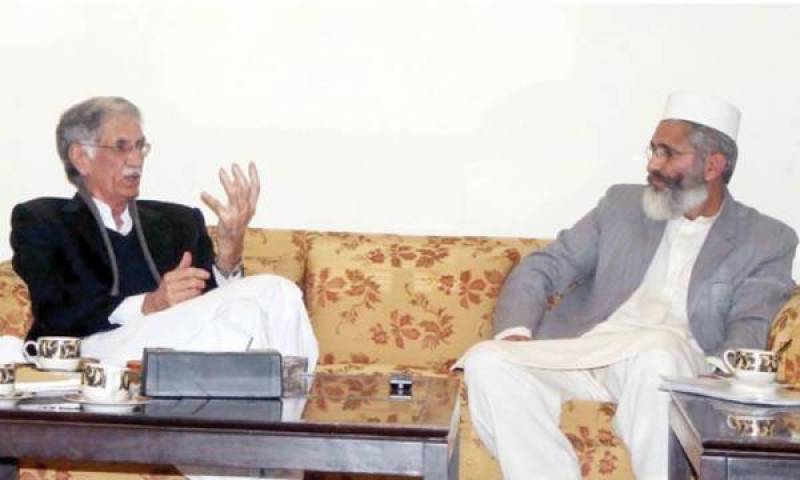 According to media reports, CM Khattak met JI chief to discuss the matters of mutual interest and especially the upcoming general elections.

PESHAWAR - The Jamaat-e-Islami (JI) leadership has decided to part ways and dissociate itself with the Pakistan ...

Citing the five-years-long friendship, Khattak requested JI chief to stay in the coalition, as the next elections were around the corner, in a matter of few weeks.

To this, JI chief said that his party was now a part of MMA and the final decision regarding the coalition government would be made after discussion with leaders of the religious group.

LAHORE - Jamaat-i-Islami (JI) emir Senator Sirjaul Haq has claimed that the Pakistan Tehreek-i-Insaf had voted for ...

Earlier, the Jamaat-e-Islami leadership had decided to part ways and dissociate itself with the Pakistan Tehreek-e-Insaf led government in Khyber Pakhtunkhwa, without announcing any deadline for the move.

JI emir Senator Sirjaul Haq had claimed that the Pakistan Tehreek-i-Insaf had voted for Sadiq Sanjrani as the chairman of Senate following an 'order from the top.'