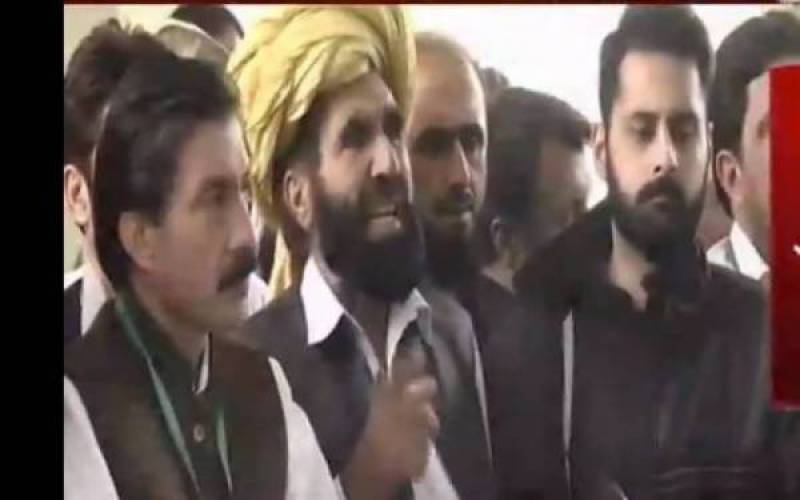 KARACHI - The family members of Naqeebullah Mehsud have expressed anger over the absence of former Senior Superintendent of police Rao Anwar in Anti-terrorism court.

Talking to newsmen on Wednesday, Mehsud family threatened to lock down the country provided 'handcuffed' Rao Anwar is not presented before the ATC.

The furious family members said that if Rao Anwar was a brave officer than why he was pretending to be ill to skip court proceedings, adding that they were hoping for justice from court after Almighty Allah.

Anwar's absence irked the court which ordered authorities to ensure Rao's appearance in the next hearing.

Naqeebullah Mehsud, a 27-year-old native of South Waziristan, was killed in a fake encounter by a police team headed by Anwar in the outskirts of the metropolis on January 13 this year.

A Joint Investigation Team formed to probe the murder confirmed that Rao Anwar was present at the scene of the crime and the police constables had tried to change the SIm cards of mobile phones.