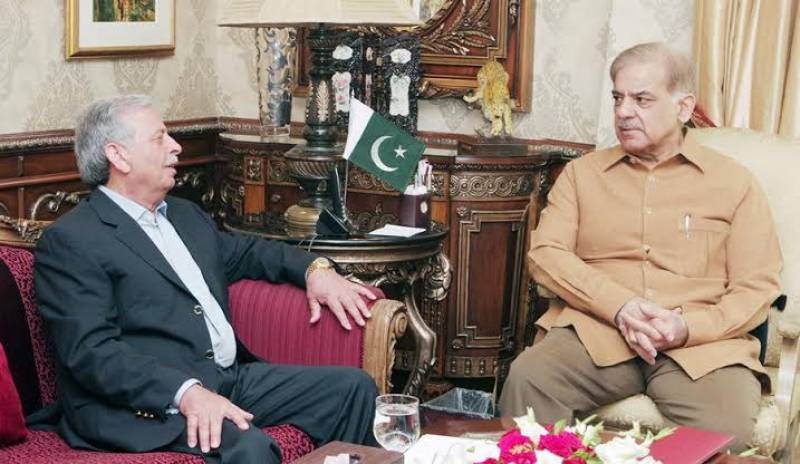 LAHORE – The parliamentary committee of Pakistan Muslim League-Nawaz (PML-N) on Thursday decided to replace its president Shehbaz Sharif with Rana Tanveer Hussain as the chairman of Public Accounts Committee (PAC).

Hussain has previously served as Minister for Defence Production and Minister for Science and Technology, in Abbasi cabinet from 2017 to 2018. He has also previously served as Parliamentary Secretary to Ministry of Finance, Special Assistant to the Prime Minister on Finance from 1997 to 1999 as well Parliamentary Secretary to the Prime Minister.

The decision of his appointment was taken during the PML-N parliamentary party session, chaired by former premier Shahid Khaqan Abbassi in the National Assembly after Shehbaz Sharif quit the PAC chairmanship voluntarily, without citing any reason.

Shehbaz Sharif, who is currently in London for medical treatment, was unanimously elected as the PAC chairman in December last year.

“I will uphold the high standards of fair and equitable accountability,” Shehbaz Sharif had said after his election.

Shehbaz Sharif’s appointment had come after a four-month-long tussle between the treasury and opposition benches over the committee chairmanship. Later, the PTI conceded to opposition’s demand but on condition that special panels probing the PML-N government’s expenditure will be headed by a member from treasury bench.

Prime Minister Imran Khan did not want to see Shehbaz Sharif as the PAC chairman as the Opposition Leader in NA is facing serious corruption cases by the country’s anti-corruption watchdog, National Accountability Bureau.

The Pakistan Peoples Party (PPP) and the PML-N had signed a charter of democracy in 2006 where both the parties had agreed to give the PAC chairmanship to the opposition leader. Shehbaz Sharif had assured the house that he would make sure that the conflict of interest question does not arise.

The PAC is the most powerful body of the parliament that makes decisions on the audit reports being finalised by department of the Auditor General of Pakistan.