More oil refineries to be set up in country to meet growing energy demand: PM Abbasi 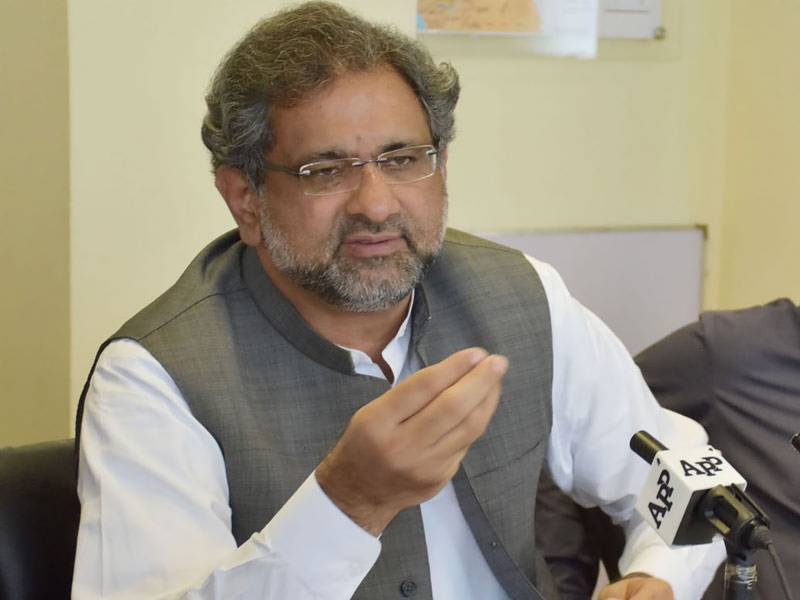 ISLAMABAD - Prime Minister Shahid Khaqan Abbasi has said that steps have been taken for the establishment of oil refineries and transmission of oil through pipeline instead of trucks.

Inaugurating Pakistan Oil and Gas Conference in Islamabad on Thursday, he said the government has delivered by mitigating the energy crisis in the country.

Referring to the LNG import by the present government, the prime minister said it was because of this significant initiative that today power plants are running, CNG sector is operating and we are exporting fertilizer and every industry is getting gas round the clock.

PM Abbasi said the present government signed a contract with Qatar for import of LNG and a terminal was also constructed for the purpose within a short span of time.

Shahid Khaqan Abbasi said it is because of the efforts of the incumbent government that the country had replaced the depleted gas reserves one hundred percent and domestic oil production has crossed one hundred thousand barrels per day.

The prime minister said that they have introduced standard petrol and diesel without any price increase for consumers and this would also have salutary impact on the environment.

He said like CNG, diesel prices have also been deregulated. The PM Abbasi said there is a proposal for setting up a Transmission Company and one distribution company each in the provinces for gas.

As for the import of gas, he said work on Turkmenistan-Afghanistan-Pakistan-India (TAPI) has started and gas flow from the project would start in four to five years.

He urged experts to make concrete and feasible proposals for tackling the problems of the energy sector to efficiently meet growing requirements of the country.

On the occasion, the prime minister also launched the publication "Pakistan Energy Outlook 2017", encompassing existing and future energy scenarios of the country.