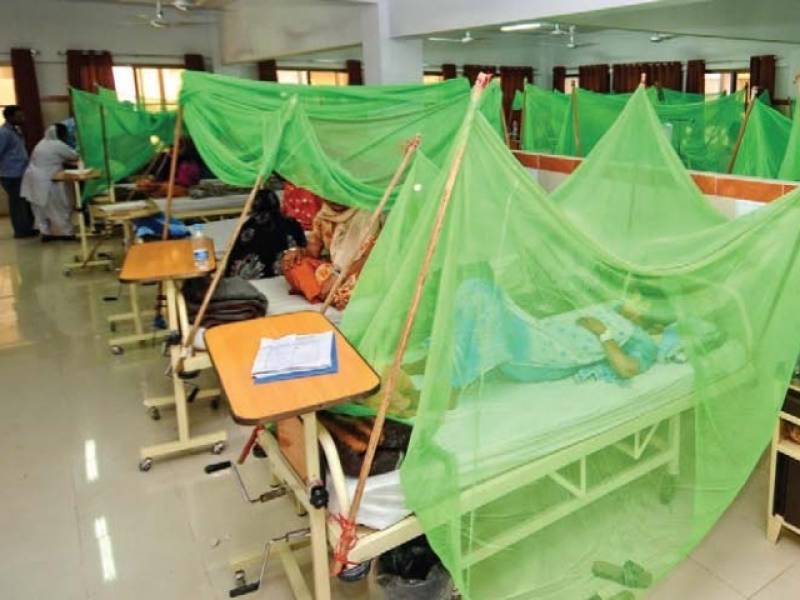 Peshawar, capital of the province ruled by Pakistan Tehreek-e-Insaf, remained the most affected district of until now with 1970 cases till October 2, followed by Swat with 283 cases.

According to DRP statistics, 40 new cases were reported from Peshawar, 8 from Nowshera, 11 from Swat, three each from Bunner, Dir Lower, two from Bajaur, 11 from Mardan, 8 from Swabi, 9 from Haripur, four from Mansehra, seven from Kohat, and one each from Lakki Marwat and DI Khan districts.

It stated that to date, 3759 patients were discharged after necessary treatment adding that a total of 1970 cases of dengue have so far been reported from Peshawar followed by Swat with 283 cases.

The report further revealed that on Wednesday 89 patients were admitted in various hospitals of the provinces while 45 were discharged.

LAHORE - As many as 199 cases of dengue were reported in various hospitals across Punjab during the last 24 hours, ...

When it comes to Punjab, the victims crossed 3,377 since the start of this year, the provincial health department disclosed in a report last week.

According to a report issued by the department, 2,608 patients out of the total 3,377 were discharged from hospitals after treatment while six dengue patients across the province are in intensive care units and the rest were out of danger.