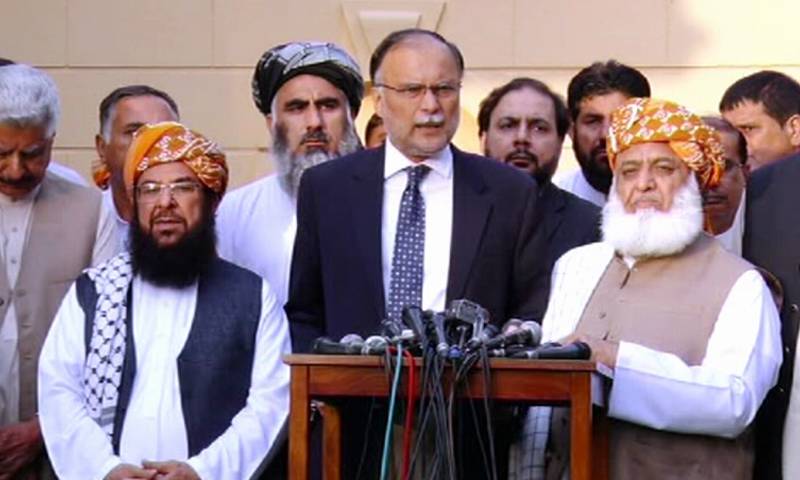 ISLAMABAD - Jamiat Ulema-e-Islam (F) Chief, Maulana Fazl-ur-Rehman agreed to think over delaying the Azadi march, upon the recommendation of the Pakistan Muslim League-Nawaz.

Pakistan Muslim League-Nawaz leaders met Maulana Fazl-ur-Rehman on Wednesday in Islamabad after which the JUI-F supremo agreed to brainstorm on the suggestion, despite earlier affirmation that the march would not be delayed.

After meeting Fazl, PML-N leader Ahsan Iqbal said that his party needs time for preparations, adding that the JUI-F chief will put forth the reservations of the PML-N in front of the council to discuss.

The former interior minister said that a joint decision will be taken after consulting all the parties.

The embattled PML-N had already promised to support the Azadi March earlier, underscoring that in order to have the party workers come out in full force, it was necessary for the Azadi March to be delayed till November.

In a press conference after the meeting, the JUI-F chief said that a meeting of the party's central executive committee will take place on Thursday after which the response to the PML-N's proposals will be shared.

A day earlier, in a joint press conference with the PML-N, Pakistan Peoples Party announced that it seeks to ensure there is 'no unilateral action on a long march' to Islamabad.