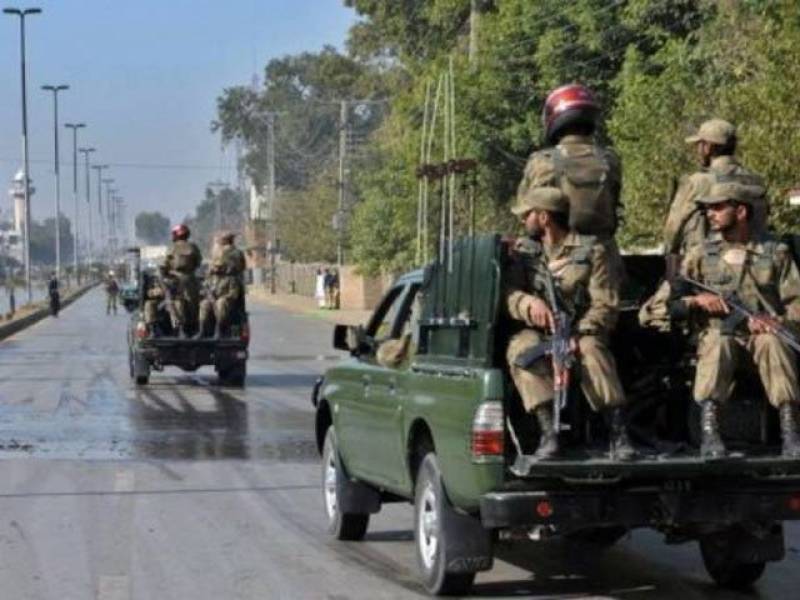 PESHAWAR (Web Desk) - At least four suicide bombers have been killed in an exchange of fire between an unknown number of gunmen and law enforcement personnel near Peshawar’s Christian Colony of Warsak dam here on Friday morning.

According to the details, the firing began around 6am in the area which lies close to the Pak-Afghan border. Heavy contingents of security forces were called in the area for operation. Sources said four suicide bombers, have been killed. A civilian also lost his life during the operation.

Official sources said that five blasts have also been heard, amid sporadic gunfire by militants. Security forces are in a bid to hunt for more terrorists in the area. Meanwhile, Routes to Warsak Dam have been sealed. There are reportedly 25 to 30 houses of Christian community located in the vicinity.

Emergency has been declared at Lady Reading Hospital and other hospitals. Residents of the area have been asked to stay inside their homes although ISPR confirmed that the situation was under control.

“Security forces promptly responded and surrounded the area. Exchange of fire took place and all four terrorists were killed," it said, adding that two paramilitary soldiers, a policeman and two security guards were wounded in the gunfight.

The "situation is under control," the statement said, adding that troops were now carrying out a house to house search of the area.

Helicopters also joined the combing operation, officials said, adding that heads of police and army are supervising the action and monitoring the situation.