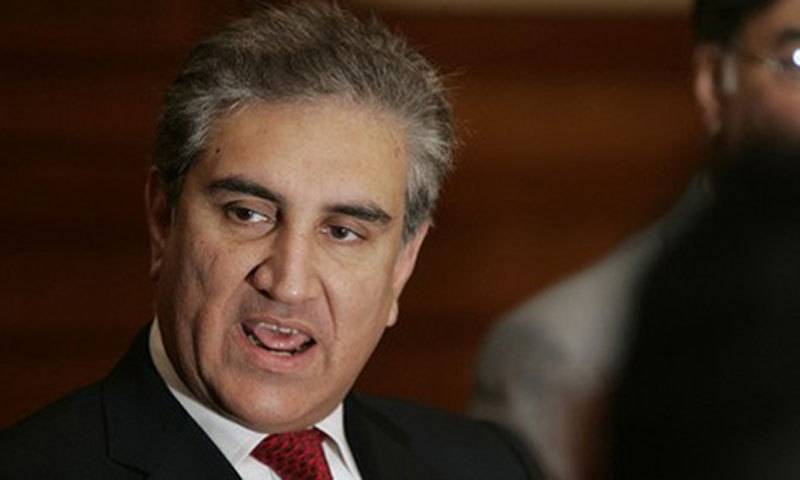 ISLAMABAD - Foreign Minister Shah Mehmood Qureshi says Pakistan will promote relations with the US based on mutual trusts, respect and dignity. The US stoppage of $300 million was the money it owed to Pakistan in Coalition Support Funds (CSF), adding that it cannot be described as American aid.

Talking to media at Foreign Office on Sunday evening, he said Pak-US relations were at the standstill when the new government came to power as the previous government did nothing to improve them.

“US Secretary of State Mike Pompeo is visiting Pakistan on September 5. We will present our point of view to the US diplomat,” FM Qureshi said.

“We will try to revive the stalled bilateral ties according to the principles of mutual respect and understanding.”

"It was not aid. It was our money which was spent on the country’s participation in the US war against terrorism, he said.

Earlier, the US military said it has made a final decision to cancel $300 million in aid to Pakistan that had been suspended over alleged failure to take decisive action against militants, in a new blow to deteriorating ties.

The so-called Coalition Support Funds (CSF) were part of a broader suspension in aid to Pakistan announced by President Donald Trump at the start of the year when he accused Pakistan of rewarding past assistance with “nothing but lies & deceit.”

US Defense Secretary Jim Mattis, in particular, had an opportunity to authorize $300 million in CSF funds through this summer - if he saw concrete Pakistani actions to go after insurgents. Mattis chose not to, a US official told the international media.

“Due to a lack of Pakistani decisive actions in support of the South Asia Strategy the remaining $300 (million) was reprogrammed,” Pentagon spokesman Lieutenant Colonel Kone Faulkner said.

Faulkner said the Pentagon aimed to spend the $300 million on “other urgent priorities” if approved by Congress. He said another $500 million in CSF was stripped by Congress from Pakistan earlier this year, to bring the total withheld to $800 million.