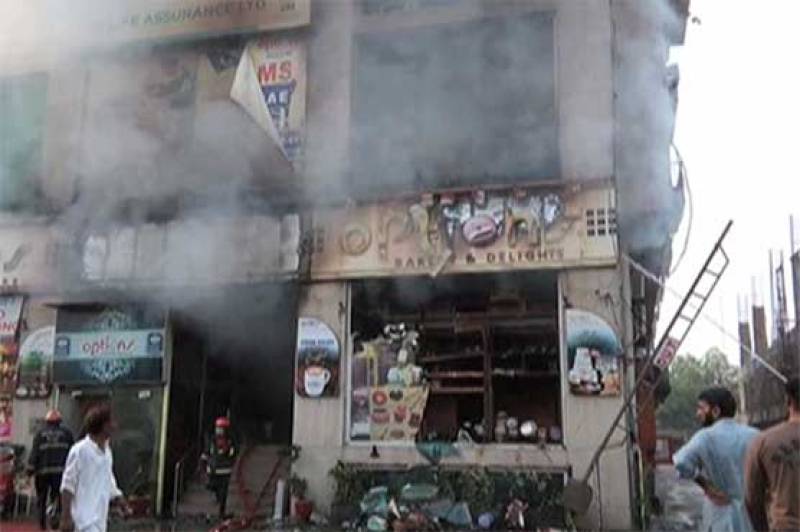 LAHORE - At least five people lost their lives after a fire erupted in a famous bakeries of Lahore, Tuesday morning.

According to rescue sources, the cause of death was suffocation as all the five people choked to death after inhaling smoke.

Tragically, the door of the bakery - located at Barkat Market - was locked when the fire broke out, leaving the occupants with no other option than to see themselves dying.

Among the dead include 15-year old Shakeel and a 30-year old student while the identification of others is in process.

The bodies have been shifted to Jinnah Hospital and the fire has been brought under control with the efforts of the fire department and rescue sources, however, the cause of the fire is yet to be ascertained.

According to unconfirmed reports, the cause of the blaze was short-circuiting.