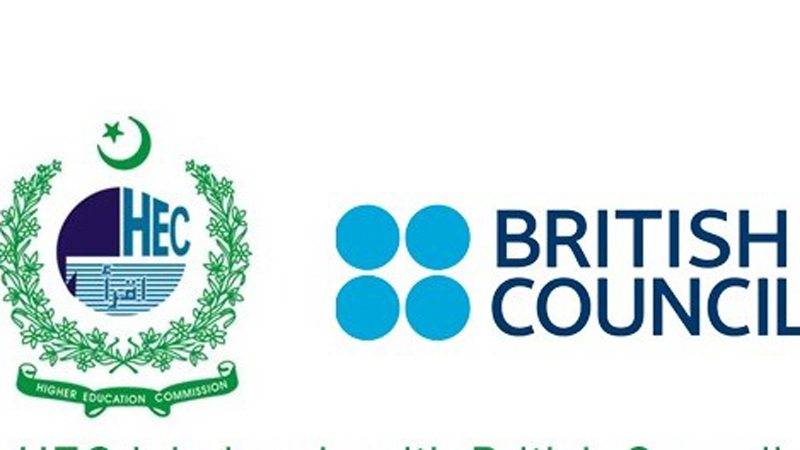 LAHORE - The Higher Education Commission (HEC), Pakistan and British Council Pakistan signed a Letter of Intent (LoI) to enhance strategic collaboration for the next three years during a ceremony held here at the Commission Secretariat on Tuesday.

Speaking at the LoI signing ceremony, Dr Mukhtar Ahmed shared the background of strong academic relations between HEC and British Council. He said HEC values the friendly approach of British Council and recognises its endeavours to pave the way for academic collaboration between Pakistan and the United Kingdom. He asserted that the Pak-UK Knowledge Gateway will further strengthen the bilateral relations.

The Chairman also shed light on two new initiatives of HEC including Citizen Engagement Programme and Change-Maker Programme. He said 22 higher education institutions have become a part of the Citizen Engagement Programme which aims at promoting a sense of civic and social responsibilities among students. He maintained that HEC will seek ideas from students on various themes every year under the Change-Maker Programme and will execute the best idea for the well-being of society.

In her remarks, Rosemary Hilhorst termed the LoI a strategic bridge to expand the scale of partnership.

The LoI is a signal of trust between HEC and British Council, she added. She noted that the Pak-UK Knowledge Gateway demonstrates a real partnership having lots of components. She observed that the rapidly changing world is posing new challenges ahead, which the two sides need to look at together.

She underscored that both the countries will benefit from expanded interaction between HEC and British Council. She said the British Council has chalked out an incredible expansion plan in terms of the award of scholarships, joint research, and faculty development.

Later, she presented the Chairman a book entitled, '70 Years, 70 Stories' denoting salient achievements of British Council during its operations in Pakistan for the last 70 years.