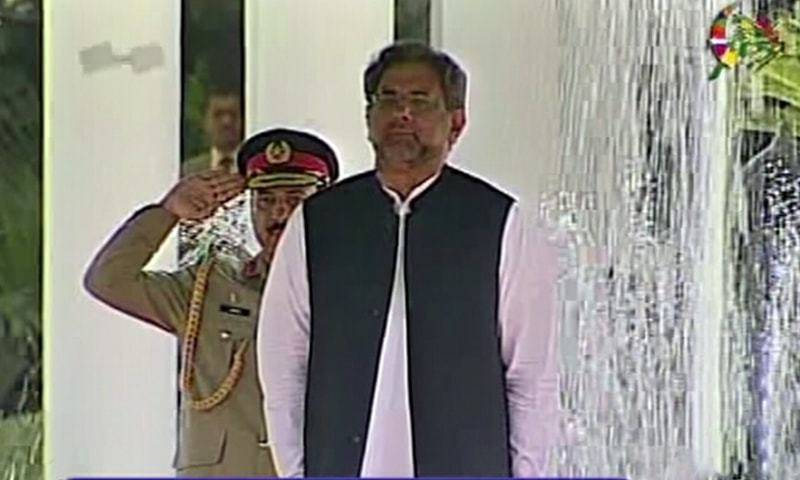 ISLAMABAD - Newly elected Prime Minister Shahid Khaqan Abbasi on Thursday was presented a guard of honour by a contingent of armed forces on his arrival at PM House.

Abbasi officially took charge as the chief executive of Pakistan following the guard of honour.

Shahid Khaqan Abbasi has been elected as the 18th prime minister of Pakistan, days after his party chief Nawaz Sharif was ousted over corruption allegations.

Abbasi was elected with 221 votes from the 342-member National Assembly. He took an oath, which was administered by President Mamnoon Hussain, on the same day.

After being elected, Abbasi addressed the National Assembly saying: "I am grateful to you all, for following the democratic process."