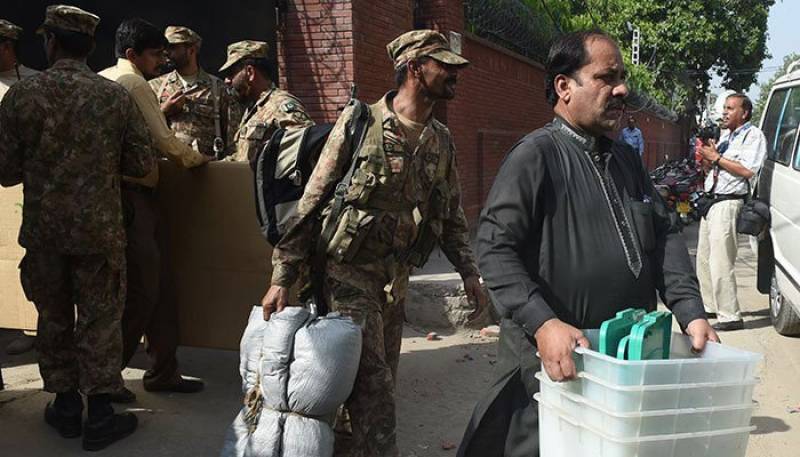 ISLAMABAD - The embattled Pakistan Muslim league Nawaz is likely to lose another seat of the National Assembly as the Election Commission of Pakistan is set to void polls and their results in two national assembly constituencies over low turnout of female voters.

A summary seeking a re-poll in NA-10 (Shangla) and NA-48 (North Waziristan) has been forwarded to the commission on the basis of the fact that the number of votes cast by women in the constituencies fall below the benchmark 10 percent of the registered votes.

In NA-10 (Shangla), Pakistan Muslim League Nawaz' Ibadullah Khan had secured 34,070 votes and was declared a winner, however, only 12,663 women from the total registered 162,049 female voters turned up to vote which was less than 10pc of the total votes.

Similarly, in NA-48, the total number of registered voters was 274,205 but only 6,364 (8.19 pc) women turned up to vote. The seat was won by an independent candidate Mohsin Javed - who remained associated with Pashtun Tahafuz Movement - by securing 16,496 votes defeating the PTI’s Aurangzeb Khan.

There were many other constituencies where the turnout for women voters remained low, but above the yardstick of 10pc of the total vote.

Currently, Pakistan Muslim League Nawaz has 64 seats at the federal level, however, if the summary is approved, the tally would fall to 63.