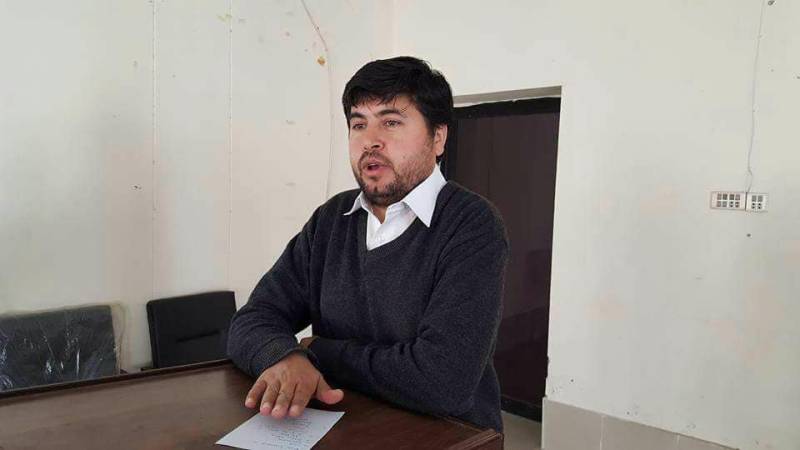 PESHAWAR - A civil servant of Khyber Pakhtunkhwa has forwarded a letter to the provincial chief secretary seeking induction into the Pakistan Army without appearing for any formal evaluation process.

Zahid Usman Kakakhel, in his application, sent late last month drew an analogy, citing the judgment passed by Peshawar High Court that allowed induction of a BS-19 officer of Fisheries department in the provincial civil service, seeking the same treatment for induction to Army.

The officer, while giving grounds for their desired inductions, referred to a recent case of induction of a non-cadre officer named Shaukat Yousafzai into the PMS on the orders of the court.

The letter dispatched to Muhammad Azam Khan on Wednesday mentioned that PMS officers had a dynamic job description as they manage law and order in the districts and the Federally Administered Tribal Areas (Fata), including the position of Commandant Levies in Malakand and in Fata.

"I had six years of experience of working with the Frontier Corps, besides a stint of six years in the civil service as a PMS officer and my case should also be referred for induction into the Pakistan Army as colonel," stated the officer and expressed his willingness to undergo trainings, for the same purpose as well.

Zeeshan Abdullah, an officer of BS-18 grade submitted that the civil servants had diverse experience and deal with judicial and security matters besides revenue and general administration.

The official said he was well-versed in the legal matters and desired to serve as a judge at the provincial judiciary.

"There are several precedents in the past like the worthy Justice Cornelius who was basically from the civil service. I requested the chief secretary to refer my case to the Peshawar High Court for induction as an additional district and sessions judge," requested Abdullah.

Moreover, Muhammad Fawad, who also serves as an officer of 18 grade submitted that the PMS officers were posted to manage law and order in the districts and tribal areas besides administering criminal affairs under the relevant clauses of the Criminal Procedure Code 1898.

He wrote to the chief secretary that he wanted to work as a police officer, requesting him to forward his case to the PSP cadre for induction as Superintendent of Police (SP).

It is to be mentioned here that the officers of the provincial civil service cadres have been resisting the decision of PHC for two years that allowed induction of Shaukat Yousafzai for meritorious services he rendered during the military operation in Swat in 2009 to weed out terrorism from the erstwhile princely state.

The provincial government through the Established Department also challenged the decision of PHC in the Supreme Court and filed the Civil Petition for Leave to Appeal (CPLA) however, the top court dismissed the petition and allowed the induction of the officer.