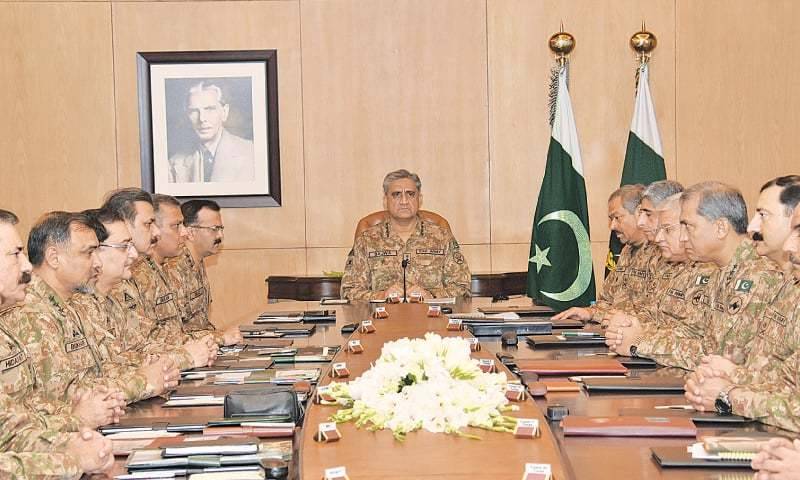 RAWALPINDI - Chief of Army Staff General Bajwa has summoned a "special" Corps Commanders' Conference for Tuesday in General Headquarters, according to the military’s media wing.

The army chief is most likely to discuss the developments made during his recent visit to Afghanistan .

Bajwa will chair the session during which some key issues, including his recent meeting with Afghan President Ashraf Ghani, are expected to be discussed.

The COAS met Ghani on Sunday during his scheduled visit to Kabul . According to Inter Services Public Relations (ISPR), both discussed the prevailing security environment in the region and the state of bilateral relationship.